The Internationally celebrated singer-songwriter Angélique Kidjo kicked off the year 2020 with a monumental performance at the 62nd Grammy Awards in January.

The iconic Benenise icon not only snagged her fourth grammy for Best World Music Album but brought the true spirit of Africa to the show as she proclaimed with pride that African music is the bedrock of all music.

In the African tradition of honouring our elders, let’s take a brief moment to recognise the passing of a few other musical legends in 2020.

Nigerian drummer Tony Allen passed away this year at 79 after a decades-long career — 14 over which he thrived alongside fellow legend and bandmate Fela Kuti, and with whom he innovated the old school style of the Afrobeats genre.

Revered as a pioneer of traditional Ivorian music, Allah Thérèse — known for her signature hairstyle, 'Akôrou Koffié,' was loved and mourned across the county, following her passing at the age of 70.

The loss of the patriarch of Rumba and Congolese music at 87, Edo Nganga was hard to swallow as he was the last surviving member of one of Africa’s oldest musical groups Bantous de la capitale.

Many people paid tribute to Nganga as hundreds also gathered to do so for Guinean singer Mory Kante, who is known for helping introduce African music to a world audience in the 1980s and took his last breath at a hospital in Conakry at the age of 70.

Another precious soul lost to health issues at just 43 years old was Black-American Black Panther star Chadwick Boseman — whose image symbolised a revival of the cultural reconnection between Africa and Afro-descendants in the Diaspora.

A feat Senegalese hip hop artist Akon is undertaking as he announced in September that his futuristic pan-African project near Senegal’s capital, Akon City was officially underway. A Wakanda-likened utopia to serve as home to Afro people in the Diaspora marginalised by racism abroad.

**
Somalia** also made a move to culturally reinforce its lands as the East African nation signed in February an education and heritage support deal with UNESCO aimed at strengthening efforts to preserve the country’s culture and history — as well as improve its educational sector. In alignment, the reopening of the refurbished Mogadishu national theatre this year also coincided with the country’s 60 years of independence celebration.

**
Benin** also undertook a renovation project in August as the land of the former Kingdom of Dahomey decided to restore its Ouidah Fort — which also houses a history museum, as part of a bid to promote tourism and also to honour the suffering and celebrate the overcoming our African Ancestors who were captured and inhumanely shipped abroad from the main port of this coastal town.

Milestones in Music and Fashion

Black American star Beyoncé Knowles likewise sought to embrace her African African roots with the release of her visual album Black Is King in July. The project — which heavily featured talent from all over the African continent, speaks to the collective history of all people of African descent as it showcased diverse Afrobeats and fashion.

An industry revolutionised in May by Anifa Mvuemba the Congolese high fashion designer who held the world’s first EVER virtual 3D fashion show via Instagram LIVE. A history-making event which showcased the Pink Label Congo series from her Hanifa collection catering to the natural curves of a woman’s physique.

Similarly in Sudan, another bold fashion statement was made by local designers who organised a series of mixed-gender fashion shows in upmarket Khartoum hotels in November to present their new lines. A move that would have been almost unthinkable under ousted president Omar al-Bashir’s regime.

African Words on Paper and on Screen

No stylish outfits necessary for many on lockdown in light of the Covid-19 pandemic which saw a climb in book reading. Good news for writers like Cameroon’s Djaïli Amadou Amal who won this year’s prestigious French Literary Award Goncourt des Lycéens for her novel 'Les Impatientes' — inspired by her personal experiences in a South Sahel patriarchal society.

And also for internationally renowned Nigerian author Chimamanda Ngozi Adichie whose novel 'Half of a Yellow Sun' — set during her the Biafra civil war, was voted the best book to have won the Women's Prize for Fiction in its 25-year history.

For couch potatoes, Queen Sono, the first original Netflix series “made in Africa” which launched in February, was definitely on play. The hit South African six-episode series was rescheduled to return for a second season which unfortunately was announced this month as cancelled due to the continued coronavirus crisis.

Fans are still hopeful that the show could make a comeback just as the song Jerusalema — released in 2019 in South Africa by DJ Master KG featuring Nomcebo Kizode, was revived at the height of the pandemic by way of the social media viral #JerusalemaDanceChallenge that rocked the world.

South Africans unwound to the notes of the gospel track on the country’s national heritage day in September and Jerusalema has undoubtedly marked Africa's continental soundtrack this year with its rhythm serving as a certain ode to lighter times, in the hopes of even better times as we move forward into the year 2021. 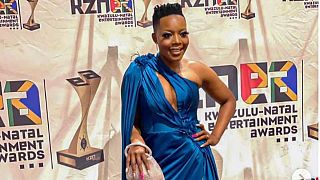 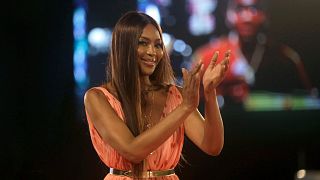