Akon City, the futuristic pan-African city named after and envisioned by Senegalese-American Hip hop R&B recording artist Akon, is officially underway. Located in Mbodiene, Senegal some 100 kilometres from the capital, the grammy-nominated star intends for this project to provide much-needed jobs to the Senegalese and serve as home to people of African ancestry in the Diaspora who feel out of place due to racial injustice they face outside the Motherland.

He explained, "I wanted to build a city with or a project like this, that will give them (Black Americans) the motivation that there is a home back home and it's something they can relate to. That they are familiar with, and it's something they don't have to fear and they also have a choice. Because the system back home treats them unfairly in so many different ways that you can never imagine. And they only go through it because they feel that there is no other way."

Akon, who was born in the United States to Senegalese parents, spent much of his childhood in the West African country.

Senegalese authorities have embraced him as a native son, introducing him by his given name Aliuane Thiam and praising him for investing in Africa at a time of such global financial uncertainty.

Alioune Sarr, Minister of Tourism and Air Transport, expressed his admiration and appreciation for such a huge investment in Senegal, "This is how we show ourselves in Africa, that while Covid-19 makes all the countries of the world doubt the confidence they have in their economy, during this time, a Senegalese, an investor, who could stay in the United States all his life, decides to come and invest in his country."

It was a true celebratory kickoff indeed on Monday as the first phase of the $6 billion project will begin in 2021 — with a third of the financial investment already secured by as yet unidentified investors due to non-disclosure agreements.

Akon could not contain his excitement, "When this project came about that was actually before the movie ('Black Panther'). But when the movie came it was almost like a blessing, almost like God allowed this movie to be successful for me to get compared to such success to give people that mind state that this can be possible in Africa. And it also motivated us too when we were creating the city from an architectural standpoint that it has to feel and it has to be futuristic."

Akon City is to be an African utopia with everything available to its inhabitants. Its own hospital, police stations, plus a seaside resort, a tech hub and even a recording studio. A hotel within the city plans is to feature rooms with themes of each of the 54 African countries. The city will also boast a zone dubbed "Senewood" that developers hope will evolve into a thriving film industry in Senegal and even have its own cryptocurrency already named AKoin.

The almost surrealist, water-like designs of Akon City will be structured out of glass and metal - and were inspired by forms of traditional African art found in villages continent-wide since the beginning of Africa’s long history.

Many compare Akon City to Wakanda, the fictional technologically advanced African kingdom in the blockbuster record-breaking movie ‘Black Panther.’ A huge honour for Akon, especially after having just lost the Chadwick Boseman at 43 years to colon cancer — the iconic and beloved actor who portrayed the royal superhero in the film and was a real-life hero to many in the global Afro community. 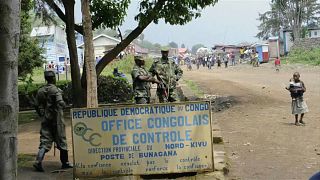 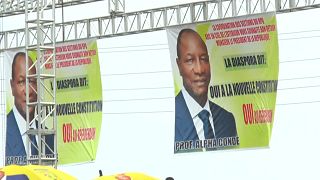