Coffee Consumption is on the Rise in Uganda

There’s a new trend brewing in Uganda amongst the younger generation that can be found in an aroma-filled cup of cappuccino or espresso. Indeed, despite being the second-largest coffee-producer on the African continent, Ugandans have been typically tea drinkers. However, Today's cultural times are seeing the rise of coffee bars in Kampala.

Joyce Ochwo, Operations Director of Endiro Coffee, shares her take on the recent cultural shift, "For Ugandans, it's just the matter of introducing it to them in a way that is relatable for them to appreciate it in different ways. Some prefer it obviously mild some are beginners some are more expert I would say for the more stronger blends of coffee but it's just a journey."

As Ugandans historically have not been avid consumers of coffee, the nation’s coffee export industry is impressive — with over half a million farmers in the country dependent on local coffee production.

Gerald Katabazi, Coffee Barista Extraordinaire at his shop, Volcano Coffee, explains the historical relationship Ugandanshave with the strong beverage, "Traditional coffee in Uganda was a regarded as a white man's product and also a rich man's product at the same time because of the past myth and past experiences we had from our colonists like the British Ugandan coffee consumption was at a minimum rate we are talking a minimum rate of close to 1 percent however as the corporate world is trying to get involved in each and everything influenced by the world markets and technology like that we are looking at the coffee consumption rate shifting, it is shifting from 1 percent over a decade, back now close to 6 percent which is an advantage to a coffee farmer."

Looking to tap into the dark brown liquid gold and develop the domestic coffee industry in Uganda, Katabazi is using the kiosk-model to scale up local consumption. His academy — via which he trains a new generation of baristas at his shop, is expected to create jobs and enable trained graduates to set up their own shops across the country.

One of his barista students, Shafiq Jemba, is excited about the possibilities, "We see a lot of people exporting coffee from Uganda because people don't take coffee but as we barristers who have trained we are here to inspire people to make the good products for the people so that they can get and love and call others for the coffee products."

In these times of global economic covid-19 upsets, Uganda, which earns huge sums from coffee exports, might do well to breathe life into its domestic market and sip on a strong cup of independent and internal coffee-bean gains. 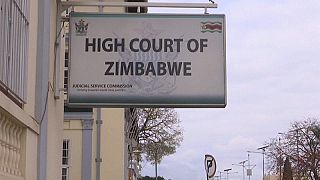 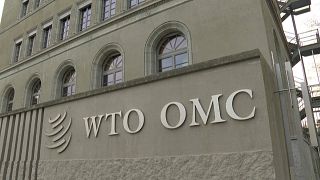 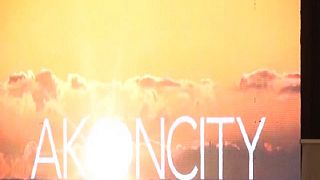