After the chief of the World Trade Orgnization Roberto Azevedo stepped down on Monday, the organization is facing multiple crisis without a captain to steer the ship.

While the situation could drag on for several months, the race to find his replacement is on.

Eight candiadtes have put their name into the hat to replace him, including three from the African continent.

If either of the first two candidates are selected, it could be not just the first African to take the helm of the WTO, but also the first woman in the role.

Two Europeans, two Asians and one Latin American are also vying for the top job.

But the role comes at a tough time.

The coronavirus pandemic has hammered global trade and who ever succeeds Azevedo will also have to curb trade tensions between the United States and China.

The global trade body also faces attacks from Washington, which has crippled the WTO dispute settlement appeal system and has also threatened to leave.

The WTO has two main roles. It negotiates trade deals between its 164 members and also acts as a mediator for any disputes between countries. 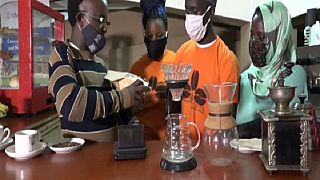