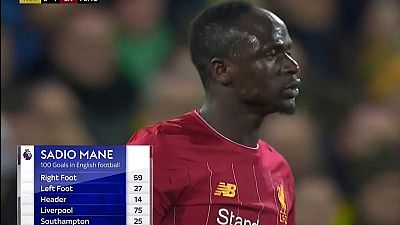 Senegal international Sadio Mane was on target on Saturday as Liverpool continued their march towards the English Premier League title.

Mane, out for three weeks with a hamstring injury came off the bench to score the only goal of the game at Norwich. The goal happened to be his 100th in England. He scored 25 goals for Southampton from where he joined Liverpool in 2016.

In a post-match interview Mane expressed delight at his feat and at getting back to action: “It wasn’t easy because a as a football player, everyone wants to play all the time but you have to deal with it (injury). I went for some treatment, I worked hard, I came back.”

In 2016, the then 24-year old moved to Jurgen Klopp’s side after two successful seasons at Southampton, netting 25 goals in 75 appearances in all competitions. According to British media reports, Liverpool paid 34 million pounds ($45 million) for his services.

Since the beginning of 2019, Mané has scored 33 times in all competitions for Liverpool, with 17 percent of those strikes being match winners. 16 of those 32 goals being scored with his right foot, seven with his left, and nine with his head.

He has helped Liverpool to the Champions League trophy along with other African counterparts like Egypt’s Mohamed Salah, Naby Keita of Guinea and Cameroon’s Joel Matip.

Salah is the reigning (2019) African footballer of the year; he beat Salah and Man City’s Riyad Mahrez to the award earlier this year. He was instrumental in Senegal’s push for a first African Nations Cup even though they lost the final to Algeria who were led by Mahrez.

Bergkamp-esque first touch from Mane to set up his goal. In mid-air too, and vs Storm Dennis. pic.twitter.com/DGUR76rcFP 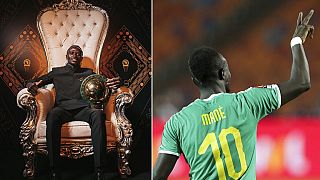 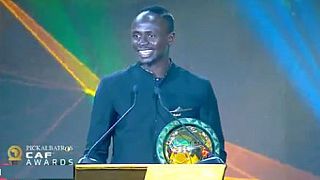 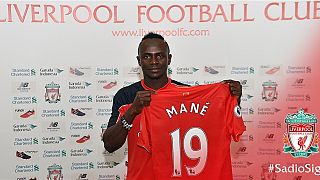