A series of terrifying death threats — which began back in July, is being aimed at Congolese Nobel Peace Prize laureate, Denis Mukwege after he condemned the massacre of 18 people in South Kivu, the conflict-ridden province in the eastern region of the Democratic Republic of Congo (DRC).

The United Nations is vehemently raising the alarm — considering a five-man home invasion assassination attempt in October 2012 that had Mukwege’s family held at gunpoint and resulted in his bodyguard and friend Joseph Bizimana losing their lives.

Rupert Colville, the spokesman of the United Nations Human rights High Commissioner, called for action, "The recent alarming surge of threats against Dr Mukwege, which have been conveyed via social media and in direct phone calls to him and his family, followed his condemnation of the continued killing of civilians in eastern DRC and his renewed calls for accountability for human rights violations and abuses. His life seems to be at serious risk."

President Felix Tshisekedi vowed last week that all necessary measures to ensure Mukwege’s security and conduct open investigations will be taken by the Interior, Security and Justice ministers.

Michelle Bachelet, the High Commissioner for Human Rights, shared her concerns for Dr Mukwege’s safety and called for an efficient response in the form of a thorough investigation to discover the people behind the threats, "It is essential those responsible are brought to justice and that the truth is known. This was important, she said, "both as a means to protect Dr Mukwege's life, but also as a deterrent to others who attack, threaten or intimidate medical workers and human rights defenders who, like him, work for the benefit of the Congolese people, often in exceptionally difficult circumstances."

The renowned gynaecologist, Denis Mukwege, shared the Nobel Peace Prize in 2018 for his work against sexual violence in war. 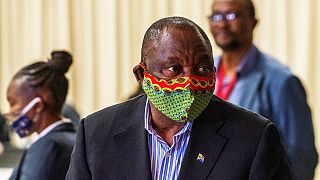