Aziz was released by police early on Monday after being questioned for a week.

He has called the procedure illegal and said it is aimed at damaging his image as former president.

"No charges are brought against me. I spent seven days in arbitrary and unjust detention while I voluntarily came in my car to the safety of the State," Aziz said.

He was succeeded by his right-hand man and defense minister in August 2019.

He is suspected of "maladministration and embezzlement of public assets."

After he failed to answer a call to testify before the commission of inquiry in July, MPs approved a law to empower a High Court of Justice to try presidents and ministers in cases of "high treason". 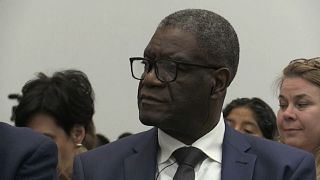