How DRC's neighbours are coping with Ebola threat 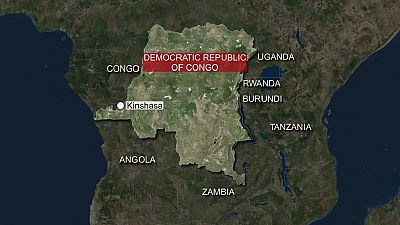 The Democratic Republic of Congo (DRC) and its nine neighbours on Tuesday agreed to strengthen cross-border collaboration in response to Ebola and other disease outbreaks.

For over a year now, DRC has struggled to contain an Ebola outbreak that has killed more than 2,100 people, becoming the second largest in history, after a 2013-16 epidemic in West Africa that killed more than 11,300.

DRC’s neighbours that include Angola, Burundi, Central African Republic, Republic of the Congo, Rwanda, South Sudan, Uganda, United Republic of Tanzania and Zambia have implemented several precautionary and reactionary measures as the virus extended towards their borders.

It is a good thing for the DRC to formalize a framework for collaboration and adopt a road map with its neighbouring countries on Ebola preparedness and response.

“Setting up a mechanism for cross-border collaboration and the sharing of assets will contribute to the mitigation of suffering and minimize the social and economic impact of disease outbreaks,” said H.E. Amira Elfadil Mohammed, African Union Commissioner for Social Affairs.

Authorities in Uganda have detected positive Ebola cases at their border points, while Rwanda, Tanzania and Malawi have been the subject of suspected Ebola cases.

In this article, we explore how DRC and its neighbours have responded to the Ebola threat, geographically.

The current Ebola outbreak, which is the tenth in DRC, was declared on 1 August 2018, in North Kivu. The outbreak has since spread to the Ituri province in the North, and southwards to South Kivu.

Cases have been recorded in the major cities of Beni, Butembo and Goma. Beni and Butembo are approximately 100km from the Ugandan border, while Goma borders Rwanda and is seen as a regional and international gateway.

“It is a good thing for the DRC to formalize a framework for collaboration and adopt a road map with its neighbouring countries on Ebola preparedness and response. In this way, we will be able to pull our resources together to strengthen health security and safety,” DRC’s deputy health minister Dr Albert Biyombo said on Tuesday.

The WHO, which has expressed concern about the widening geographic reach of the disease within the DRC, declared the epidemic an international health emergency in July, after the first Ebola case was recorded in Goma.

While urging countries not to close borders or restrict trade, the global body warned that Rwanda, South Sudan, Burundi and Uganda are the most at risk, while Central African Republic, Angola, Tanzania, Republic of Congo and Zambia are in a second tier.

In June this year, Uganda announced that it had detected three positive Ebola cases in its territory, representing the first cross-border cases since the outbreak started.

Authorities reacted quickly, isolating the cases and repatriating them to the DRC. A new case was detected in August, but no new cases have been recorded in Uganda since then.

Uganda, which has been praised by the WHO for containing the spread of the virus, has implemented a massive vaccination campaign, as part of its preventive and precautionary measures.

When the Ebola virus spread to Goma, authorities in Rwanda reacted quickly, intensifying screening at ports of entry and asking citizens to avoid unnecessary travel to DRC.

Goma lies just 7 km from Rwanda’s main border town of Gisenyi, and immigration officials say up to 45,000 people go through the main border post between the two countries per day.

The country in July dismissed WHO reports suggesting that a trader who had died of Ebola in DRC had done business in Uganda and Rwanda.

“There is no Ebola in Rwanda as far as we are concerned. We have a strong surveillance system in place that helps us to prevent its entry,” Malic Kayumba, Head of Communications at Rwanda Biomedical Centre told The EastAfrican at the time.

Rwanda has never had a recorded case of Ebola and has trained over 23,000 medical personnel, police officers and volunteers in preparation to fight outbreaks.

Authorities in Tanzania were in September criticised by WHO and the United States for not sharing critical information over suspected Ebola cases in the country.

Tanzania’s health ministry insisted it was not obliged to share the negative results of two suspected cases it had investigated in the country. The United States and United Kingdom issued travel advisories as a result.

In Tuesday’s cross-border collaboration meeting, DRC and its neighbours noted that ‘‘withholding or falsifying information and data on Ebola violates the International Health Regulations and threatens the entire continent’‘.

‘‘Information sharing is improving, but we need to bring it to an acceptable level. We need countries to openly share information necessary to save lives,’‘ said Dr Matshidiso Moeti, World Health Organization (WHO) Regional Director for Africa.

READ MORE: Tanzania defends decision not to share Ebola information with WHO

This month, Malawi dismissed reports of a first Ebola case in the country, following the isolation of a traveler from Tanzania who had signs and symptoms of the virus.

“This is to inform the general public that there’s a patient admitted to Karonga Treatment Camp with fever and signs of infection,” read part of statement issued by the country’s health ministry.

Authorities clarified that a bacterial infection, and not Ebola had triggered the symptoms adding that “there is no history suggesting contact or travel to any region with Ebola.”

Malawi has peacekeepers deployed in DRC, and authorities say hundreds of people enter the country from the Ebola-hit country every month.

Authorities in Burundi in August stepped up surveillance and health controls, following the spread of the virus to the South Kivu province.

Health workers working along the shared border with DRC have also been vaccinated.

DRC, its neighbours, the WHO and the African Union (AU) are keen to ensure that the Ebola epidemic does not negatively affect movement of goods and persons across the region, and the entire continent.

“As the African Union advances towards implementation of Agenda 2063, which aspires for the political and economic integration of Africa, we need to be prepared for the risks that this change poses to the continent,’‘ H.E. Amira Elfadil Mohammed, African Union Commissioner for Social Affairs said on Tuesday.

A task force to coordinate the continent’s response to Ebola and other health outbreaks is to be hosted at the AU headquarters in Addis Ababa.