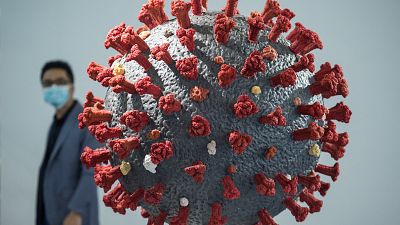 A coronavirus strain blamed for India’s unrelenting wave of infections and fatalities has been detected in Africa.

The variant, named B.1.617, has been detected in two African countries so far.

The spread of new variants of coronavirus in Africa is rising concerns, with the Africa CDC warning member states to avoid complacency.

What is the Indian variant?

The World Health Organization (WHO) said the predominant lineage of B.1.617 was first identified in India last December, although an earlier version was spotted in October 2020.

It has described it as a "variant of interest". B.1.617 contains two notable mutations – formally known as E484Q and L452R. This has led to it sometimes being dubbed the “double mutant” strain.

Experts have still not determined if the strain is more lethal than existing ones.

Where has it been detected?

B.1.617 has been confirmed in Kenya. The east African country’s health ministry said Wednesday the strain had been detected in five Indian nationals who arrived in the country before a ban on flights from India took effect.

Last Friday, Uganda became the first country in Africa to report the variant.

The Uganda Virus Research Institute (UVRI) said the strain was discovered in travelers returning from India. Authorities quickly banned flights from India and re-introduce mandatory quarantine for all travelers arriving in the country.

South Africa was also on edge Wednesday after 14 crew members of a ship from India and docked in Durban tested positive for COVID-19.

Authorities have locked down the vessel and ordered its crew to quarantine.

According to the Africa Centres for Disease Control, 20 countries are currently reporting the B.1.1.7 variant of coronavirus that was first detected in the United Kingdom in September 2020.

The South African strain has also been reported in several countries.

"It's better to be over-prepared and not have a similar scenario than to be surprised by the scenario. What is happening in India cannot be ignored. The increasing number of cases in India is catastrophic for any health system to bear," he said.

An emergency meeting of the continent’s health ministers to discuss preparedness is planned for May 8.