Hundreds of thousands of tourists stormed the northern Chilean desert on July 2 to experience a total eclipse of the sun across one of the clearest skies in the world.

The eclipse occurs when the moon passes through the earth and the sun, plunging our planet into darkness.

“This is my fifth eclipse. The overall view and then the shadow that comes, the diamond ring and then the crown. You know, there’s a little crown. I’ve seen different crowns, but this one is very special. And, at the end, the atmosphere, the red chromosphere. Never seen before. It was very intense”, said German tourist, Rainhand Woltzelt.

I've never seen an eclipse, and it's very surprising because it doesn't happen very often.

“No, I’ve never seen an eclipse, and it’s very surprising because it doesn’t happen very often”, another tourist said.

The best place to experience it was the Atacama Desert north of the seaside city of La Serena on Chile’s Pacific coast. Faced with the spectacle, Chileans welcome the wonders of nature.

“I think it’s overwhelming you. Even with current technology, we cannot copy that. So I think it’s just something mystical”, said Austrian tourist, Patricia Lahken.

Northern Chile had not seen an eclipse since 1592, according to the Chilean Astronomy Society. The next one is expected in 2165. 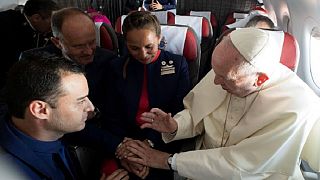 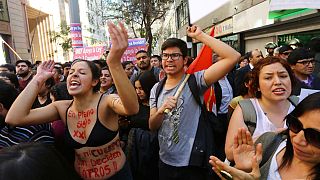 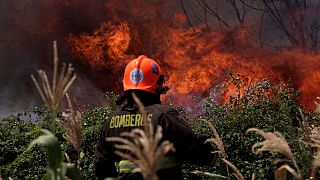