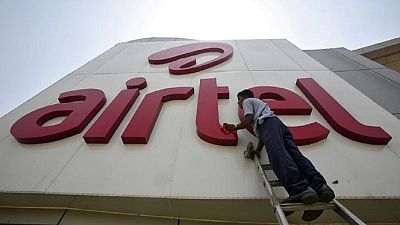 Tanzania’s government has succesfully negotiated a stronger stake in telecommunications company Airtel, raising its holding to 49 percent from 40 percent, the president’s office said on Friday.

The announcement followed talks in Dar es Salaam between President John Magufuli and Bharti Airtel Chairman Sunil Mittal to resolve a dispute over ownership of the Tanzanian mobile operator.

“We have in principle agreed to move forward with a new arrangement of shareholding of 51:49 — where Airtel will now drop from 60 percent to 51 percent and the people of Tanzania through the ownership of the government of Tanzania will own 49 percent,” Mittal said.

We have in principle agreed to move forward with a new arrangement of shareholding of 51:49.

The value of the share transfer deal was not provided.

Magufuli had said in 2017 that state-run Tanzania Telecommunications Company Ltd (TTCL) owned the local subsidiary of Bharti Airtel outright but had been cheated out of shares.

Bharti Airtel had disputed this, saying it received all the required approvals from the state when it bought a 60 percent stake and had complied with all government rules.

Mittal said on Friday that Tanzania wanted to increase its shareholding.

“Such negotiations do take some time. We are glad that we have come to a point where we will be making some final decisions,” Mittal said.

Airtel to pay dividends to govt

Magufuli said in Friday’s statement that, in addition to giving the government more shares, Bharti Airtel had agreed to pay dividends to the state.

“It’s great that they have agreed to give dividends to the government, which for eight to 10 years we had not received. The percentage of dividends is still under discussion,” the president said.

Magufuli’s ownership claim over the Tanzanian mobile company had rattled foreign investors, who were already unnerved by his government’s crackdown on mining firms operating in the East African nation.

Other mobile phone operators in Tanzania include Vodacom Tanzania, part of South Africa’s Vodacom, Tigo Tanzania, which is part of Sweden’s Millicom and Halotel, owned by Vietnam-based telecoms operator Viettel.

In 2016, the president ordered telecoms companies to list at least a quarter of their units on Tanzania’s stock exchange to increase domestic ownership.