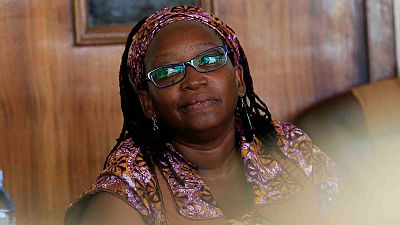 Controversial Ugandan activist and academician, Stella Nyanzi suffered a miscarriage while in jail, and has been admitted to the prison’s sick bay for hypertension, court heard on Wednesday.

Nyanzi was in court for the hearing of a case she filed against her former employer, Makerere University.

The frail-looking researcher told court her admission at the sick bay prevented her from swearing an affidavit supporting her case in which she demands that Makerere University re-instates her employment.

Nyanzi was one of the staff fired by the university last month, for various reasons ranging from absenteeism to involvement in sexual harassment cases.

Since November last year, Nyanzi has been on remand at Uganda’s maximum security prison in the capital Kampala, over charges of cyber harassment and offensive communication against President Yoweri Museveni.

She is accused of insulting the president’s dead mother in a Facebook post, on the day the 74-year-old Museveni was celebrating his birthday.

Nyanzi is a mother of three children, including a pair of twins that have bequeathed her the fond cultural title of ‘Nalongo’.