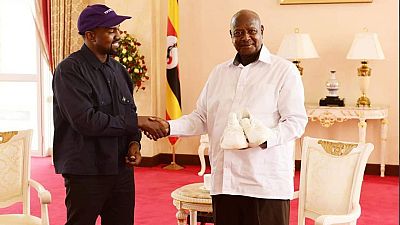 Uganda’s president, Yoweri Museveni has offered his ‘rapping’ skills to visiting hip-hop star Kanye West, who is in the country to complete recording of his Yandhi album.

Kanye, who visited Museveni at State House with his wife Kim, gifted white sneakers to the president.

Museveni, who met the famous couple, in the presence of his own son Muhoozi Kainerugaba and daughter, Diana, offered his guests copies of his book, Sowing the Mustard Seed.

I am also a rapper. If you want help on your album, I am always here to help.

Local entertainment blog, Big Eye added that the president offered the couple 10 cows and and ‘help to complete his album’.

‘‘I am also a rapper. If you want help on your album, I am always here to help,” Museveni reportedly joked.

74-year-old Museveni gained some rap ‘cred’ of his own in 2010, with his ‘You Want Another Rap’ campaign song.

Museveni, who has ruled Uganda for 32 years now, has often tapped into the arts to win over the hearts of Ugandans especially during election periods.

Bobi Wine, one of the few musicians who refused to endorse Museveni in 2016, has since become a vocal politician, challenging Museveni in parliament and through local elections.

Kanye West is vacationing with his wife and daughter at the Chobe Lodge in Murchison National Park, located in Northern Uganda.

He has been livestreaming songs from his ninth album, while also sharing videos of him dancing to several Ugandan and African songs.

Local media have reported that he will also visit another popular tourism destination, Jinja in Eastern Uganda to shoot a music video.

The town which is reputed for being the source of the Nile, the world’s longest river is popular for its numerous water sports activities.

Last month, Jmaican Reggae artist, Tarrus Riley, shot a music video in Jinja, after he perfomed at a music concert in the capital Kampala. 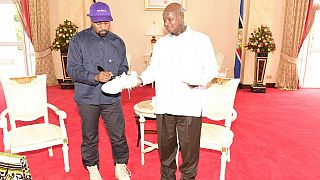 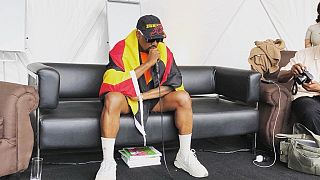 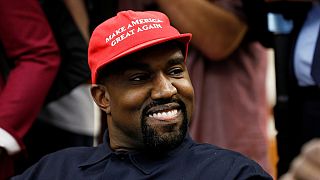