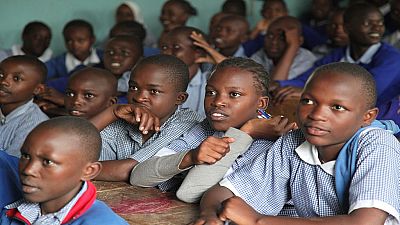 Child marriage is increasing in parts of war-torn South Sudan and drought-hit Kenya as parents swap their daughters for cows and goats to survive, campaigners said on Wednesday.

Africa accounts for nine out of the 10 countries with the highest rates of underage unions globally, advocacy group Girls Not Brides said, with girls marrying due to tradition, family ties, the stigma of pregnancy out of wedlock and poverty.

But long-running wars and climate change are now leading factors too, activists said, highlighting a rise in marriage among girls under the age of 18 in South Sudan to 52 percent from 40 percent in 2010, according to United Nations data.

“Majority of the parents wish to give up their girls and marry them off because of the economic hardship. They are looking at how to reduce the number of mouths they need to feed.”

Despite a global decline in child marriages, there are still some 12 million underage girls married every year, often with devastating consequences for their health and education.

As the conflict drags on and hard currency loses it lustre, parents can now receive up to 300 cows in bride price, or dowry, when their a young girl weds, up from about 30 cows during peacetime, Acen said.

“When there is a girl within the family ready to get married, people will come and present the number of cows,” she said on the sidelines of a global conference on child marriage in the Malaysian capital Kuala Lumpur.

“Basically it’s just bidding – whoever bids with the highest number of cows will take the girl,” she said.

Across the border in Kenya, many semi-nomadic Maasai and Samburu herders exchanged their daughters for livestock during a severe drought last year that killed large numbers of animals, said Millicent Ondigo of Amref Health Africa.

“Since the number of goats has decreased, parents rather sell their daughter for four (or) five goats for marriage,” said Ondigo, a project officer for the Nairobi-based health charity.

Families often marry girls off at earlier ages during drought as this earns them dowry and increases the girls’ chances of being fed by wealthier husbands, experts say.

Ondigo is working to convince parents that sending girls to school would bring them longer-term economic benefits.

“(We told parents) when she is done with schooling, she will get a job and she will be able to buy you more than those four goats,” she told the Thomson Reuters Foundation.