Road to Russia 2018: Morocco returns to World Cup after 20 years 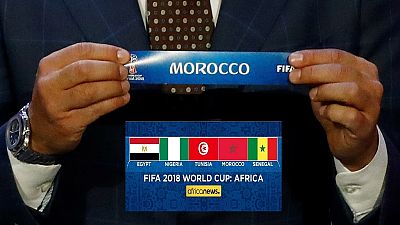 The Atlas Lions of Morocco will have the chance to roar again a day after the official opening of the upcoming World Cup in Russia. Their first game against Iran is on June 15 in St. Petersburg.

But it has been a long wait to line up again at the FIFA World Cup, the last time Moroccan fans saw their team at the competition was 20 years ago in France 1998.

Russia 2018 is their fifth shot at the global football showpiece as the team looks to do better than in previous outing. Their best performance was a round of 16 exit in the 1986 edition. They played in the 1970, 1994 and 1998 editions as well.

The qualification route started out very badly but the team turned their fortunes around to make the historic return. A mean defence line meant that they did not concede a single goal in group qualifiers.

The qualification went down to the wire as Morocco played away to Ivory Coast in a “make or break” fixture on the final day The team needed a draw whiles the hosts needed to win to qualify.

Under the guidance of former Ivorian manager, Frenchman Herve Renard, the Atlas Lions recorded a two – nil victory to kick out the Elephants, who had qualified for the previous three World Cups.

In Russia, Herve Renard’s side come up against European Champions Portugal and 2010 World Champions Spain after facing Iran. Renard is hailed for his successes on the continent, to what extent that will impact on the chances of the Atlas Lions is just a matter of time.