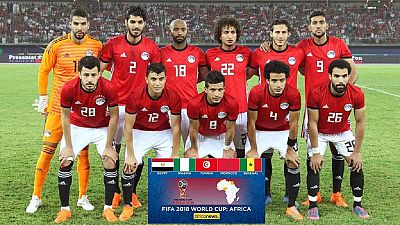 Egypt’s Ayman Ashraf equalised nine minutes from fulltime as they drew 1-1 away to Kuwait on Friday in the first of three warmup matches before they head to the World Cup in Russia next month.

Fahad Al Ansari scored after six minutes for the Gulf country, but substitute Ashraf squeezed home a square pass from Mahmoud Kahraba for the 81st-minute equaliser.

Egypt were without talisman Mohamed Salah, who will play for Liverpool in Saturday’s Champions League final against Real Madrid, and found it hard to break down their defensive-minded hosts.

Egypt goalkeeper Sherif Ekramy, making a late bid to be included in their final 23-man World Cup squad, made several good saves to strengthen his chances of going to the tournament.

Egypt play Colombia on June 1 and Belgium on June 6 in their final warmup games before they head to the World Cup, where they are in Group A with Uruguay, hosts Russia and Saudi Arabia.