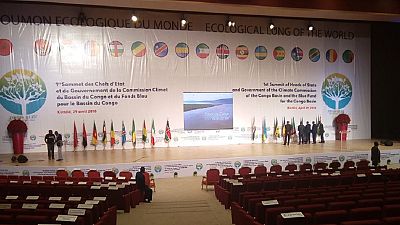 A host of African leaders have converged in the capital of Congo Republic, Brazzaville, for an environmental protection summit – the Blue Fund for the Congo Basin.

The Summit of Heads of State and Government of the Climate Commission and the Blue Fund kicks off today.

The gathering aims to collect resources to finance programs and projects in the areas of the blue economy, the green economy and the fight against climate change, including the fight against poverty in accordance with the spirit of the Marrakech Declaration (COP22).

The Blue Fund, which has an estimated capital of €3 billion, aims to develop the economy of the Congo basin in the long term, through several initiatives, including offering other alternatives to deforestation, strengthening irrigation of farmland in the savannah and supporting eco-tourism.

The King of Morocco, Mohammed VI, is the only north African leader attending in his capacity as a special guest. Moroccan media confirmed that after the summit, he will also pay a working visit in Congo during which period he will hold bilateral talks with President Denis Sassou Nguesso.

The King who arrived in Brazzaville on Saturday evening with a large entourage is also expected to oversee the signing of several partnership agreements between the two countries.

The Blue Fund for the Congo Basin Commission was set up on the initiative of King Mohammed VI at the Africa Action Summit, held in Marrakech in November 2016 on the sidelines of the 22nd session of the Conference of the Parties to the UNFCCC (COP 22).

Countries that have so far signed the Memorandum of Understanding on the Congo Basin Blue Fund are: Angola, Burundi, Cameroon, Central African Republic, Chad, Democratic Republic of Congo, Gabon, Morocco, Republic of Congo, and Rwanda.

About the Congo Basin

The Congo Basin is an entire ecosystem made up of rivers, savannas, wildlife, and more than 10,000 varieties of tropical plants.

And above all, this basin shelters a forest: the biggest tropical forest in the world after the Amazon. As the world’s ecological lung, it is threatened by deforestation and degradation of wildlife, which are occurring at an accelerated pace.

In September 2017, Cameroon president Paul Biya made the Congo Basin a key part of his address to the United Nations General Assembly.

“For Africa, there are two major challenges. Firstly, ongoing forest degradation in Central Africa. Let us save the Congo Basin, the earth’s second lung.

“Secondly, the desertification of Lake Chad, which is drying up. This vast body of water, which is essential for the survival of communities and biodiversity, has already lost 90% of its initial surface. Let us save Lake Chad!

“By so doing, we will be contributing towards preserving the planet for the greater good of humanity,” he said at the time.

According to a report by environmental protection group, Greenpeace, every year approximately 3 million cubic meters of timber leave the Congo Basin to Chinese cities with considerable amounts resulting from illegal logging.

This practice which is contrary to the applicable standards of protection is made possible by the absence of China’s legislation banning the import of illegal timber, a May 2016 report by the group added. 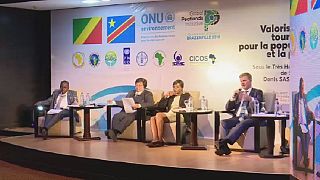 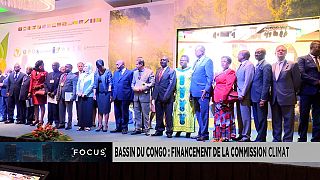 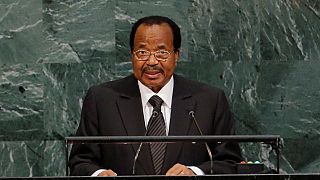