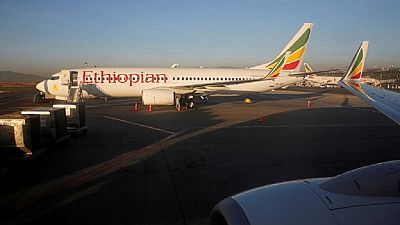 <p>Flights have resumed at Ethiopia’s Bole International Airport after what was described as a rare but also brief industrial action that led to the grounding of flights on Tuesday morning.</p> <p>State TV confirmed that the refusal of air traffic controllers to take up post had led to the situation. Airport operation manager, Nigussie Mulugeta is quoted as saying dozen flights could not depart because they had not been issued with air traffic clearance.</p> <p>On his part, however, Director of the Ethiopia Civil Aviation Authority, the body in charge of air traffic control blamed the strike on some indisciplined staff and fake news.</p> <p>“Few undisciplined air traffic controllers who were misled by a journalist who came and interviewed them and took false information,” Colonel Woseneyeleh Hunehna said. </p> <p>He said the unnamed journalist had come to peddle unfounded corruption allegations against the authority causing disaffection among the workers and subsequently the strike action.</p> <p>Even though the exact cause of the protest is not known, flights have since resumed and local media portals continue to seek an explanation from the workers. </p> <p>Ethiopia, East Africa’s economic giant and one of Africa’s most expansive economies for this year, has maintained tight controls over its economy for decades.</p> <p>One of the major headaches of that situation is a foreign currency squeeze that has gravely affected importers of goods into the country. Prime Minister Abiy Ahmed has promised a crackdown on corruption at a Monday evening meeting with members of the private sector.</p> <p>Addressing the forex squeeze, he specifically noted that it was going to take years for the situation to be normalized and charged the private sector and Ethiopians in the diaspora to play a role in that recovery process.</p>