Criminals must know they can be killed - Equatorial Guinea President warns

The President of Equatorial Guinea, Teodoro Obiang Nguema has said cases where criminals are killed should not be sent to court because criminals should know they could be killed for their actions.

The oil-rich African country has been suffering from a spate of criminal activity on the back of an economic crisis as a result of the drop in price of oil.

The President said it was the duty of all citizens to fight crime. Whiles on his sixth leg of a nationwide tour which started in the first week of February, Nguema called on citizens to mobilize against criminals during a recent stop in Bata, the largest city in the country.

When someone catches an offender, even if he kills him, we are not going to allow the justice to question this person. Because the offender has to know that when he is going to steal, he can be killed.

“When someone catches an offender, even if he kills him, we are not going to allow the justice to question this person. Because the offender has to know that when he is going to steal, he can be killed,” he is quoted to have said.

The President stressed that the economic situation in the country could not be regarded as a mitigating circumstance for thieves who do not hesitate to perpetrate armed attacks.

He is one of the continent’s longest serving leaders having come to power in August 1979. He won reelection in April 2016 with over 90% of the vote.

His son, Teodorin, was also promoted to the post of vice-president sometime last year. Teodorin is also the subject of financial trial in France. He is accused of embezzlement of public funds, his fleet of cars were also seized by Swiss authorities in a case of corruption.

The head of state of the only Spanish-speaking African country is touring the country to thank the citizens for his re-election almost a year ago. Teodoro Obiang Nguema said he also wanted to see the difficulties of the people and to see the progress of public works. 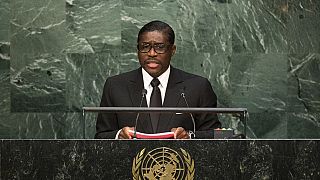 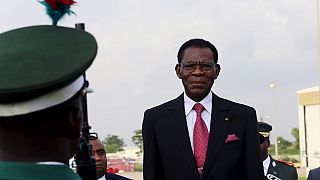 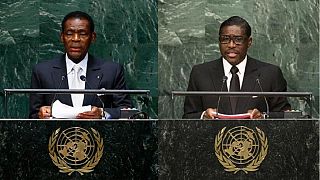