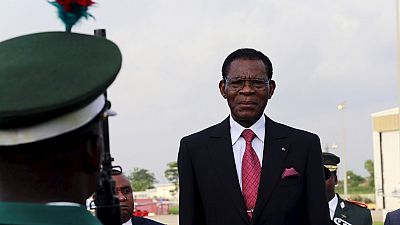 The President of Equatorial Guinea, Teodoro Obiang Nguema on Friday appointed a new government by law after announcing on Wednesday the appointment of his son as Vice President.

The 36-member government announced on state television on Friday includes two of the president’s sons and his brother among other close relatives.

Teodorin was under trial in France for fraudulently amassing wealth out of Equatorial Guinea’s public purse. The case was later dismissed.

Gabriel Obiang Lima Mbega, his other son retains the strategic Ministry of Mines and Hydrocarbons. Antonio Mba Nguema, his brother takes over one of the two newly created offices, Department of Presidential Security while new entrant Reginaldo Asue Mango heads the Department of Planning.

Eight new ministers are entering the government which has three women.

The appointments follow a dissolution of the country’s government on June 17 after the presidential election of April 24 as provided by the Constitution.

President Teodoro Obiang Nguema has been in power since 1979 and was re-elected in April with 93.7% of votes.