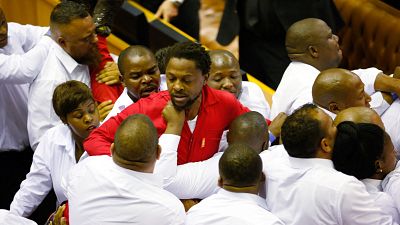 It is no longer news, the series of legislative violence witnessed in the world’s parliaments. A recent case in sight is that which happened in Ghana’s 7th parliament on December 20 as parliamentarians exchanged blows during a late-night sitting over a controversial government-proposed levy on electronic transactions.

This is not the first time such an incident is happening in Ghana’s parliament. A similar incident happened on December 1 over the approval of the 2022 budget. This time, the speaker’s chair was dragged from its position during the chaos.

Incidents like these raise the question of the extent to which a country’s legislative institution is functioning in line with its democratic ideals of being a venue for peaceful conflict resolutions.

There is a school of thoughtmthat says parlimentary brawls are more likely when legislators find it difficult to credibly commit to follow peaceful bargains but is that always the case?

Members of parliament-traded blows on the floor of lower chamber as tempered flared over the choice of senior officials for the legislature. Proceedings had to be suspended subsequently.

The South African Parliament turned into a frenzy during the president’s presentation of the State of the Nation address. The chaos arose when the speaker ordered the discharge of some members.

Lawmakers exchanged blows in Uganda’s parliament over a viciously disputed move to amend the constitution to let long-ruling President Yoweri Museveni run for re-election after age 75.

The term honourable is simply a title of honour. Perhaps that explains the reason for which a member of parliament is addressed as honourable.

This explanation raises the question of whether parliamentarians deserved to be addressed as honourable considering the long history of parliamentary brawls that the world has witnessed.

It is not clear how many of these brawls have happened globally, but what is known is that even as it, 1987 brawls existed. From the tweets above, it is obvious parliamentary brawls are not accepted but a published material chanced on indicates that brawls as temper tantrums by immature or thuggish legislators who lose control in the heat of a political fray, but some parliamentarians are reported to have said in the past that brawls participating in a brawl is a strategic choice.

If this is indeed anything to go by, then the end of these parliamentary brawls is not anywhere close to the end, and for this reason, would it still be ideal for parliamentarians to continue holding the title honourable? 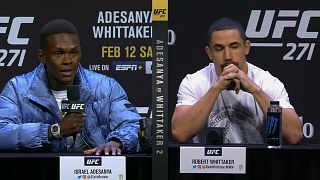 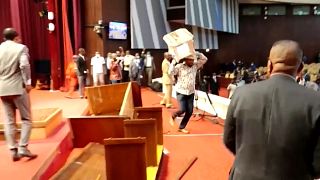