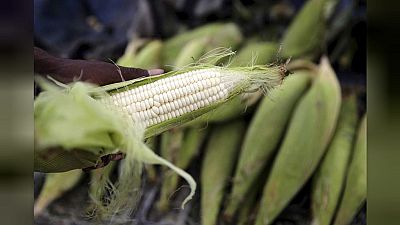 Zambia has introduced a cap on the price of maize to keep the staple food affordable, sparking protest from commercial farmers who accused the government of bringing back price controls.

Agriculture Minister Michael Katambo said on Sunday that millers, stockfeed manufacturers, chain stores and grain traders agreed in a meeting with the government to peg the price of maize at a maximum of 2,600 kwacha ($198.93) per tonne.

The price of maize meal, Zambia’s staple food, has in some cases doubled to 150 kwacha per 25 kg bag from 75 kwacha early this year.

Maize prices were rising every week because of this panic and the implication was that the mealie meal price was getting higher.

Zambia’s 2019 maize production is expected to fall 16% to about 2 million tonnes from 2.39 million tonnes last year largely due to prolonged dry weather, Katambo said in May.

Katambo said on Sunday that the private sector panicked and rushed into the market thinking that there was not enough maize and this pushed up prices.

“Maize prices were rising every week because of this panic and the implication was that the mealie meal price was getting higher,” Katambo said, referring to maize meal.

Katambo said Zambia still had sufficient maize stocks and indications were that less than 1 million tonnes of maize had been bought from the 2 million tonnes the country produced.

“This price is not coming from the government but the private sector players who attended the meeting,” Katambo said.

In a statement on Sunday, the Zambia National Farmers’ Union (ZNFU), which represents commercial farmers condemned the cap, saying prices should be left to market forces.

ZNFU said its members were not invited to the gathering where the price was agreed and had called for an urgent meeting this week to discuss the decision.