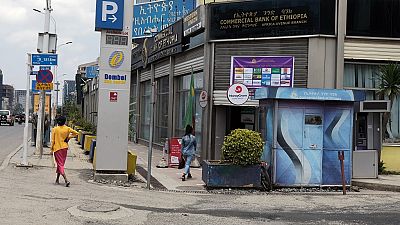 Ethiopia’s central bank granted a financial services licence to a foreign-owned company for the first time on Thursday, as the government begins to open up the economy of Africa’s second most populous nation.

The company will lease equipment such as MRI scanners, tractors and drilling rigs to companies that can’t import such equipment themselves due to foreign exchange shortages.

“There is a liquidity shortage and a lot of businesses are craving equipment that they just can’t get,” said Frans Van Schaik, chairman and CEO of AAFC.

“Almost every factory in Ethiopia will be able to tell you about how an equipment shortage or some other issue is delaying their construction or operations.”

The company plans to import $600 million of equipment initially.

Abiy wants the private sector to help provide jobs for millions of unemployed youth in the nation’s 100 million people.

Yinager said that the central bank would like to license more foreign companies to lease equipment.

Yinager said the government was taking tangible measures to support the private sector, noting that last year the central bank allocated more foreign exchange to the private sector than the public sector for the first time.

“We will continue this,” he said.

The governor declined to specify current foreign reserves but said it was stronger than when Abiy took office 18 months ago.

Ethiopia wants to open up its economy, said Van Schaik, but problems remain.

“The bureaucracy in Ethiopia is overwhelming,” he said. “If you want to succeed in Ethiopia, you need to be patient and persistent.”

The foreign exchange shortages have worsened in the past five years as the government spent heavily on infrastructure before export earnings from new sectors such as manufacturing took off.