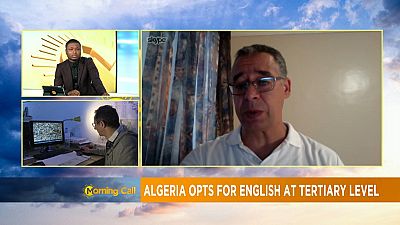 In Algeria, the Minister of Education has announced a plan to use the English language in the university curriculum.

This decision is controversial in a country where the use of the French language is very important.

Administrative languages are traditionally Arabic and French in Algeria but for several weeks the debate for a replacement of French has gone on.