Africanews is 5 years old. On 20 April 2016, the pan-African channel with an ambition to give a voice to Africa came to your screens. Today, Africanews is watched across the continent through its English and French platforms. For this special edition of Morning Call, we had a one on one with Michael Peters, the President of Euronews and Africanews, who launched the project back in 2013.

Africanews, the channel you launched in 2016, is 5 years old. How do you feel about the journey around the idea of launching a pan-African news channel?

Ruth Lago (Africanews journalist): Africa is a land of opportunity and a continent in full development” -- your words at the inception of the idea of Africanews. Today, the channel celebrates its 5th birthday.

What is your feeling about the journey which lies ahead for this idea which has now become a pan-African channel in progress?

Michael Peters: I would say that the feeling is divided into two large elements.

On the one hand, there is pride, obviously, and on the other hand, gratitude. I think five years ago, there were not a lot of people who believed in this project. The fact that a channel such as Africanews could exist one day and could really be continental.

Not that many people believed that this channel would be free and independent, that it would have its own voice and tone, few believed that the African voice in the world would find its place in the international news agenda.

Not too many believed that I would be here with you today to celebrate the 5th anniversary of this channel which has found its place and has brand recognition rates of close to 75-80 85% in certain African countries. And what’s more, I’m very grateful to the entire Africanews team because all of that is only linked to this incredible editorial team led by François Hignac who has always given -- putting aside his vision and where he comes from as he comes from Euronews, etc. to let this African voice express itself with all the editors-in-chief and of course the journalists, editors, all the technicians and everyone else who is behind the channel.

A huge thank you to all on the team who have made Africanews what it is today.

Ruth Lago: You are proud and you have said that the fundamental values at the heart of this channel Africanews are editorial independence, competence, and seriousness in the delivery of information that echoes the diversity of African voices. Today would you say that these key pillars have been respected?

Michael Peters: Yes, I think so, yes, I think so, there are many things that still need to be improved about Africanews. We are far from perfect like Euronews and we learn every day, and moreover, we are judged every day, which sort of comes with the nature of our profession and of our job.

We produce work and each day it is analyzed, listened to, commented on by the entire planet. So we are actually confronted by constant feedback. But overall regarding those elements that were fundamental to the vision of Africanews, I believe that nobody has anything to say.

I read so many things at the time that I announced the launch of Africanews, so much skepticism, so many doubts, so many papers across various media outlets -- and strangely enough since you succeeded in launching Africanews with your way of doing things, there are no more papers.

Ruth Lago: Africanews celebrates its 5th year of existence. We would like to ask you how you envision the next 5 years to come?

Michael Peters: I think we are on an adventure that is only at its beginning.

I think we are on an adventure that has only just begun. I think there is a lot of promise on the horizon. And I think we will have to reinforce ourselves perhaps locally to have this local vision that we try to have at Euronews.

Right now we have a general presence in Africa. We need to think about going more locally -- going to the countries and being much more present. We already have a lot of representatives and correspondents in all the countries, but maybe we could open offices -- we are in discussion with certain countries.

We really hope that this local vision of things to be done will be able to really help us get even further ahead.

I really believe that what will count in 5 years' time is would we have helped to build this pan-African identity that we have been trying to build since the beginning as it is something that is the most important for us? And I am certain that in 5 years' time we will meet again (you and I) and we will be able to make an assessment on these points. Let's hope that our objectives would have been concretized and become a reality.

Ruth Lago: Thank you Mr. Michael Peters for answering our questions on this special edition of the Morning Call on the 5th anniversary of Africanews. 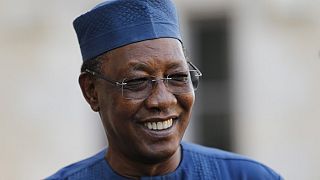 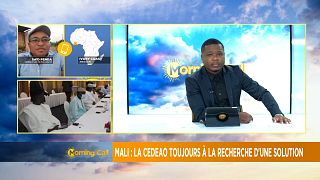 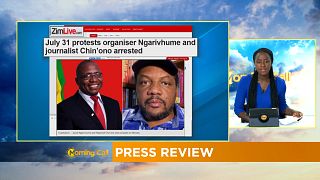