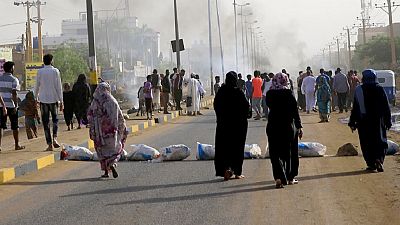 Sudan is currently in a state of political uncertainty and uneasiness two months after the fall of a three decades regime. With Bashir’s ouster by the military, protesters under the banner of the Forces for Declaration of Freedom and Change, FDFC, claimed their first victory.

An anti-government protest against rising cost of living in late 2018 snowballed into a call for regime change. That phase of the push which at times turned deadly ended April 11, when Bashir was ousted.

In his place, the junta called the Transitional Military Council, TMC. In their two-months in charge, there has been transition negotiation, diplomatic movements, continental suspension, talks deadlock and violent crackdown.

This article looks back at 10 major incidents since the fall of Bashir. Touching on the now incarcerated ex-leader, the TMC, protesters and the African Union.

Protesters jubilated the fall of Bashir but kept watchful over the next moves of the TMC. Bashir’s last defense minister was announced TMC leader at the time.

But Awad Mohammed Ibn Auf gave protesters more to cheer about when he resigned his position in less than two days. The masses mocked it as two overthrows in two days.

The AU Peace and Security Council were quick off the mark with a threat of sanctions if civilian transition was not achieved in 15 days. This was to be the first of three deadlines.

In the midst of the flux as TMC tried to set things in place and as protest leader organized their next steps, Bashir was detained and sent to Kobir maximum security jail in Khartoum.

Reports later emerged that a raid at his home had uncovered huge sums of monies in local Sudanese pound and in different foreign currencies.

A source said that military intelligence had searched Bashir’s home and found suitcases loaded with more than $351,000 and six million euros, as well as five million Sudanese pounds.

“The chief public prosecutor… ordered the (former) president detained and quickly questioned in preparation to put him on trial,” a judicial source told Reuters.

“The public prosecution will question the former president in Kobar prison,” the source added.

The second AU linked meeting over Sudan was in Cairo, where the AU president and Egyptian leader Al-Sisi invited others to discuss the situation in Khartoum.

They eventually declared a three-month period for power to be handed over to civilian transition team. The AU Commission chair was in the meeting.

Talks between the two factions progressed till a legislative arrangement was announced. The TMC’s two-year transition had also been extended by a year.

The sticking point was failure to reach a deal on the composition of a sovereign council for the transition. TMC disclosed that the alliance would have two-thirds of the seats on a legislative council.

Here’s a timeline of all the events that have unfolded.https://t.co/QYVhnNtdl4 pic.twitter.com/KdWwQ7uUsT

Then came the AU’s third warning via the PSC which gave the junta two-months to hand over power to civilians or risk suspension.

Parts of its communiqué read: “5. Decides to extend the deadline set in paragraph 5 © of the communique of its 840th meeting for an additional period of up to sixty (60) days for the military in The Sudan to hand over power to a civilian-led Transitional Authority.

7 – TMC leaders make round trip in Gulf, to neighbours

At the height of the failure to resolve the sovereign council arrangement, TMC leader flew to Egypt, the United Arab Emirates, South Sudan and Ethiopia – in that order. His deputy was also in Saudi Arabia.

Protesters had spent the entire Ramadan in the streets especially at the sit-in in front of the Defense Ministry. The TMC had serially called the measure a security threat.

On June 3, forces of RSF were specially deployed to the area. The operation that forcefully broke the sit-in claimed over 100 lives whiles hundreds were injured.

FDFC cancelled all talks as did the military which even scrapped the earlier agreement announcing a nine-month period for the next elections.

In less that 24-hours, TMC said it was ready to deal but the protesters said they were no longer interested till a set of conditions had been met, key among them a probe of atrocities and disbandment of militia.

The the AU announced and suspension of Sudan with a United Nations Security Council meeting convened specially for the purpose. An outright condemnation vetoed by Russia and China.

? UN Security Council press statement on #Sudan#UNSC have called for the immediate cessation of violence against civilians and emphasised the importance of human rights, protection of civilians, accountability and justice.

Ethiopia had kept a keen eye on Sudan with the TMC visiting Addis twice and a delegation from Addis led by Foreign Affairs chief Gedu Andargechew going the other way.

But the trip by Prime Minister Abiy Ahmed was what made the major headlines. He met both factions while in Khartoum and promised to stay in touch with them even as he flew back to Addis.

Then the civil disobedience called by the FDFC kicked in on Sunday leaving most of the country paralysed. On the third day of the measure, a mediator sent by Abiy managed to reach a resumption of talks and suspension of civil disobedience.

The terms of the agreement reached by Abiy’s envoy, Ambassador Mahamoud Dirir were as follows: 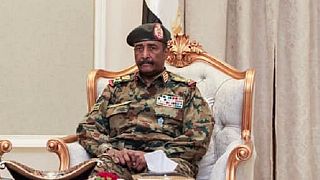 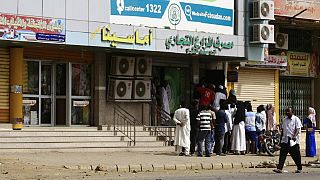 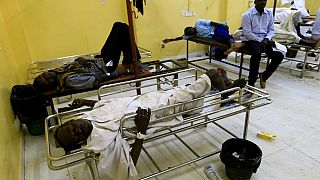