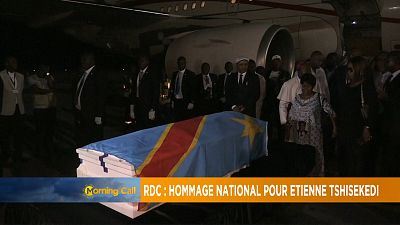 The plane carrying his remains touched down at the Kinshasa airport on Thursday evening where several thousands had gathered. A delegation led by his son, President Felix Tshisekedi was also present at the airport.

Following his death in February 2017, the campaign to bury him faced obstacles from former leader Joseph Kabila. For his supporters, the return of his body represents a victory over the former government.