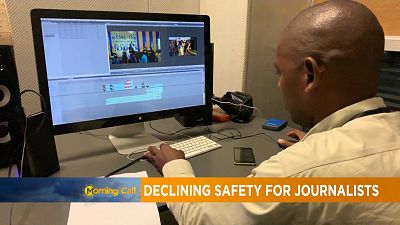 Today is World Press Freedom Day. Around the world, hundreds of journalists are imprisoned for doing their jobs, and some are in fact killed.

According to the International Federation of Journalists (IFJ) at least 95 journalists were killed last year during the course of their work, a number higher than in 2017.