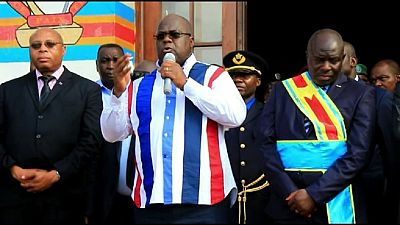 Democratic Republic of Congo’s president Felix Tshisekedi is struggling to fulfil the pledge he made to crack down on rebel and militia groups in the troubled North Kivu province.

Three months after taking power in a vote mired by fraud allegations, Tshisekedi has struggled to take decisive action.

Hamstrung by a parliament and local officials in the sway of former president Joseph Kabila, Tshisekedi has largely failed to exert his authority and combat the vast country’s daunting problems.

I have warned all those actors who manipulate armed groups. The law will apply to them with full force.

Last week, he issued a strong statement, saying: “I have warned all those actors who manipulate armed groups. The law will apply to them with full force.”

“All those who are arrested, irrespective of whether they are national or provincial lawmakers, will be brought to justice. And will be sentenced for complicity in killings.”

But so far it’s been mainly words and little action.

North Kivu, bordering Lake Kivu and rich in minerals, is one of the regions worst afflicted by violent groups competing for its resources.

“With peace everything will be fine, with peace there will be money. With peace, there will be work,” said Manasse Mutabesha, a demobilised soldier, as Tshisekedi arrived in the regional capital Goma last week as part of his first tour of the country.

At a meeting of a security council including senior military and intelligence officials, the president was told about a recent outbreak of attacks in Goma.

“Armed people enter Goma and kill peaceful citizens without being worried by the police or the army,” acting Interior Minister Basile Olongo said in the minutes of the meeting.

Tshisekedi issued a warning that “crooked politicians” with links to armed groups would not be tolerated, the minister said.

Replacing Kabila, who wielded power for 18 turbulent years, at the helm of sub-Saharan Africa’s biggest country was always going to be a huge challenge.

Tshisekedi, sworn in on January 24, has faced numerous complicating factors.

Kabila’s Common Front for Congo (FCC) coalition has comfortable majorities in both houses of parliament as well as provincial assemblies.

Kabila supporters recently swept gubernatorial elections. Tshisekedi is yet to form a government and is largely working with Kabila’s former ministers or intermediaries.

Attempts to form a coalition are being closely watched by observers for signs Kabila will continue to maintain a grip on the nation’s politics.

As the months’ pass, the lack of certainty has not helped the unstable security situation in parts of the country.

In the city of Beni, the epicentre of a near nine-month-old Ebola outbreak and also in North Kivu province, a notorious militia continues to operate.

The ADF, a shadowy Islamist-rooted group that rose in western Uganda in 1995, is active in the border area along with other armed militias.

It has been blamed for recruiting and using child soldiers and killing hundreds of civilians since 2014, as well as 22 UN peacekeepers.

The president must strengthen the supervision of “the army, the police, the national intelligence agency,” said a spokesman for Beni residents, Janvier Kasairyo.

It was a show of support for the army and medical staff, who in recent months have become targets themselves.

Last week a World Health Organization doctor was shot dead by local armed militiamen in an attack on a hospital in the nearby city of Butembo — the latest in a string of assaults on hospital staff.

For Tshisekedi, it was a reminder of the immense security challenges he must deal with.

The UN last month urged him to act quickly.

“The Congolese people’s expectations are huge and it is crucial that they not be left waiting for too long, or be disappointed,” UN envoy Leila Zerrougui told the Security Council. 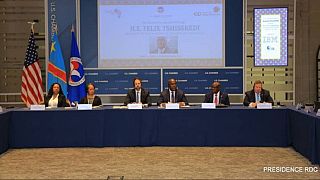 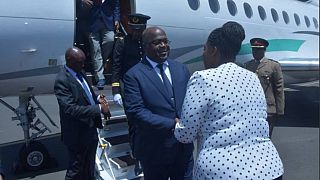 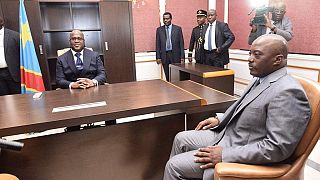