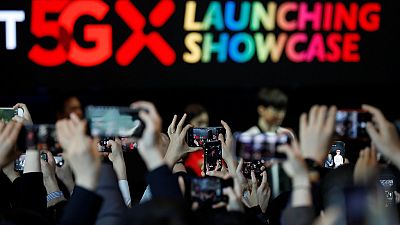 It’s a transformational leap that could potentially change the day-to-day lives of billions of people.

By the end of this year, we will have installed a total of 70,000 units of 5G base stations, which practically means we have created and tested usable 5G network.

The superfast communications backed by a fifth-generation wireless technology, will ultimately impact everything: from toasters, telephones, and electric cars.

But while the East Asian nation has won the race to be the first to provide the user experience, this is only one part of a wider battle that has pit the United States against China and entrapped giants including Huawei.

Hyper-wired South Korea has for long had a reputation for technical prowess and Seoul has made the 5G rollout a priority as it seeks to revive shattering economic growth.

The 5G mobile networks will bring smartphones near- instant connectivity, 20 times faster than the existing 4G that is allowing users to download entire movies in less than a second.

5G is said to herald a new level of connectivity and speed. The network is expected to rake in some $565 billion in global economic benefits, according to London-based Global System for Mobile Communications, an industry alliance.

An industry player predicts that more than 3 million South Koreans will switch to 5G by the end of the year.