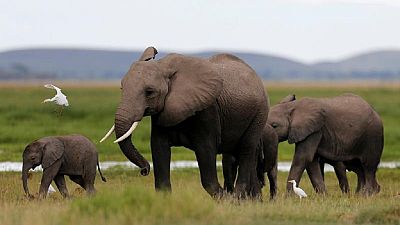 Elephants are at imminent threat of extinction in western and central Africa, the Convention on International Trade in Endangered Species’ (CITES) secretary-general has said at the opening of its 69th week-long committee.

While a steady decline in poaching has been seen across the African continent since 2011, illegal killings of elephants remain at high levels that have been exceeding increases in population rates.

In 2006, a surge began in the illegal killings of elephants which culminated in 2011, when 30,000 elephants were killed on the African continent. This surge led to the beginning of a global effort to stop the trade of illegal ivory.

In western and central Africa we need to move very fast right now, so we need to move over the next year, two, three, four, five years, so it is not something you can wait and say "let's see what happens", we need to continue to move right now.

“In western and central Africa we need to move very fast right now, so we need to move over the next year, two, three, four, five years, so it is not something you can wait and say “let’s see what happens.”

“… we need to continue to move right now, otherwise they are at threat of imminent extinction which means in the foreseeable future, which means not too far away, a few years away. I can’t put a precise date on it, but you know it’s an imminent threat, and that is why we are saying, we have to go in there hard now,” CITES chief, John E. Scanlon said.

In more than 25 countries identified as being part of the illegal ivory trade as source countries, transit or destination countries, wildlife crime is now treated as a serious offense and not just a trade offence. Offenders risk facing years in prison for killing animals, buying ivory or facilitating its trade.

This has led to a steady decline in poaching, with a record seizure of illegal ivory by authorities and a decrease in its value.

But the situation remains bleak in countries with long-standing weak law enforcement, corruption and high levels of poverty. Transnational gangs can still recruit people to poach and send illegal ivory to destination countries.

CITES will also be examining during their week-long convention illegal trade in pangolin, the poaching of rhinoceroses, as well as the saving of totoaba and vaquita, two fishes close to extinction.

The illegal trade of endangered species is a black market estimated to generate $20 billion each year.