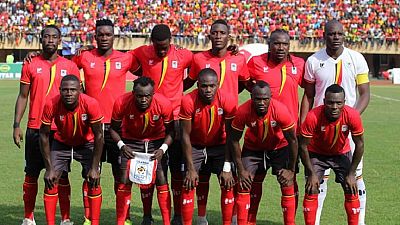 Uganda sealed its place in the prestigious Africa Cup of Nations (AFCON) finals due in Cameroon next year with a 1-0 win over Cape Verde in Kampala on Saturday.

This will be Uganda’s seventh appearance in Africa’s biggest footballing tournament since 1962.

Congratulations to Uganda Cranes for not only defeating Cape Verde this evening at Mandela National Stadium, Namboole but also qualifying for the Africa Nations Cup 2019 in Cameroon. Thanks to the coach, football management and the fans for rallying behind the team. #UGACPV

The result confirmed Uganda Cranes on 13 points and the first country to book their slot in group L. On Sunday, second placed Taifa stars of Tanzania play Lesotho in Maseru. A win would move them to eight (8) points and a chance at qualification. Lesotho sit at the bottom of group L with two (2) points. Cape Verde have four (4) points after five (5) matches.

Uganda has not conceded a goal in the campaign.

Mali, Morocco and Nigeria also qualified for AFCON 2019 on Saturday.