'I didn't walk to prove my fitness to anybody': Buhari tells Nigerians 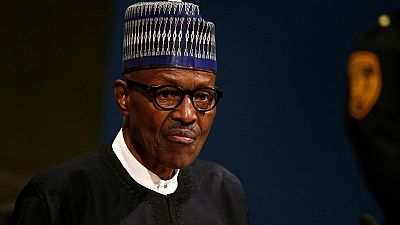 Nigeria’s president, Muhammadu Buhari has responded to media reports that he sought to prove his physical fitness by walking 800m during the Eid ul Aduha celebrations in his home town of Daura.

Buhari, who has already announced his intentions to contest for a second term in the forthcoming 2019 elections, says he is not one ‘given to cheap political points’.

‘‘Much has been said about my walk in Daura, a few days ago. I didn’t do it to prove my fitness to anybody,’‘ Buhari said.

Much has been said about my walk in Daura, a few days ago. I didn’t do it to prove my fitness to anybody.

‘‘The people of my constituency came out in large numbers to see me, & the car in which I was had tinted windows. So I decided to come out of the car so the people could see me.’‘

People who know me know that I am not given to chasing cheap political points. The crowd in Daura were not seeing me so I came out of the car so they could see me. I didn’t and don’t need to walk to convince anyone about my health and the decision to contest for a second term.

Buhari told Nigerians on Tuesday during the Eid celebrations to ‘rise above personal, group, sectarian and other interests, and to promote harmony and tolerance in dealing with one another at all times’.

In a series of tweets, the president went on to highlight some of the projects that his government is committed to, including efforts to facilitate access to financing by small farm folders.

‘’ And let me say that we will not be distracted by politicking or anything else. The security and welfare of all Nigerians, young, old, female, male, remain our priority,’‘ read one of the tweets.

We are working to make it easier for traders and farmers to access loans. The Bank of Industry has recently launched a collateral-free scheme for traders. And I have directed the Ministry of Agriculture and the CBN to review the loan issuance process for our smallholder farmers.

A series of high profile defections from the ruling All People Congress (APC) have the potential to split support for Buhari within powerful patronage networks and among voters ahead of the presidential poll scheduled for February 2019 that will decide who runs Africa’s top oil producer.

ALSO READ: Buhari says APC defectors have no grievances against his gov’t