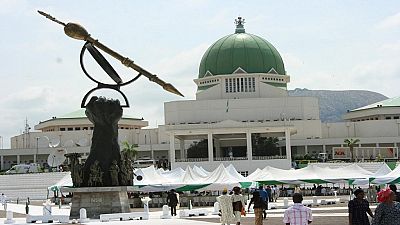 Nigeria’s president Muhammadu Buhari has blamed the defections of 16 senators from the ruling party on ‘local politics’, saying they have no specific grievances against him or the government he leads.

In a blow to Buhari ahead of the 2019 election which he intends to contest, sixteen senators quit the ruling All People’s Congress (APC) party, with fourteen of them joining the opposition People’s Democratic Party (PDP).

Senate President Bukola Saraki, the number three political leader in Africa’s biggest economy, told Reuters in an interview a few hours later that the chances of him also leaving the APC were “very, very high”.

We understand that some of the Distinguished and Honourable lawmakers have issues in/with their home states, especially on zoning which bars some of them from seeking another term in their constituencies.

In a statement issued on Tuesday evening, Buhari said APC had done its best to stop the defections, adding that such scenarios are not new, as elections approach.

‘‘We understand that some of the Distinguished and Honourable lawmakers have issues in/with their home states, especially on zoning which bars some of them from seeking another term in their constituencies,’‘ Buhari said in his statement.

Considering that the defections have changed the status quo in the senate, where PDP how has 54 senators against the APC’s 49, Buhari pledged to ‘work with all members of the National Assembly, irrespective of their political party’.

The PDP, which was in power from the start of civilian rule in 1999 until Buhari took office in 2015, said in a tweet that 32 lawmakers in the lower House of Representatives had also joined from the APC.

‘‘Gale of defection hits OfficialAPCNg as 32 Honorable members of the APC in the House of Representatives have defected to the OfficialPDPNig and 4 others to one of our sister Party, (CUUP), the African Democratic Congress (ADC),’‘ PDP said in a tweet.

Breaking News! Gale of defection hits OfficialAPCNg as 32 Honorable members of the APC in the House of Representatives have defected to the OfficialPDPNig and 4 others to one of our sister Party, (CUUP), the African Democratic Congress (ADC). …More to come pic.twitter.com/Z9Sm9Tq1E2

The fissures threaten to split support for Buhari within powerful patronage networks and among voters ahead of the presidential poll scheduled for February 2019 that will decide who runs Africa’s top oil producer.

The defections, and the suggestion that there may be more to come, have taken place just weeks after a faction within the party said it no longer backed Buhari. 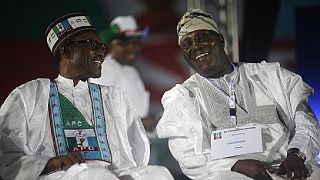 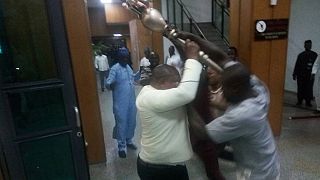