Ghana agrees to work with FIFA to tackle corruption in football 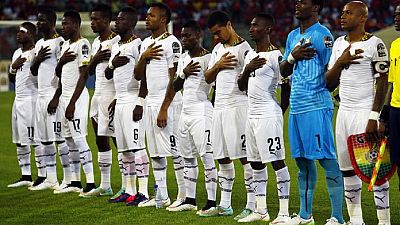 Following a threat by FIFA to ban Ghana, the government on Thursday reached a deal with the global football governing body to clean up football administration in the country, effectiving shelving plans to dissolve its graft-ridden football federation.

FIFA countered that it would work with Ghana to tackle corruption but would not allow the GFA’s hasty liquidation.

FIFA president Gianni Infantino met a senior delegation from Accra on Thursday with both sides agreeing to “establish a normalisation committee to replace the Executive Committee of the Ghana Football Association,” a FIFA statement said.

The committee will be staffed by people with “integrity and competence,” it added.

“Satisfied with the above measures, the Government of Ghana shall take steps to discontinue the process for the winding up of the Ghana Football Association,” FIFA further said.

Ghana’s attorney general Gloria Akuffo had said it June that “urgent measures” were needed to protect the public against the GFA, which she described as “an instrument for self-aggrandisement by people who run it to make themselves rich.”

Football is massively popular in the West African nation.

The graft revelations within the GFA sent shockwaves through the country just before the start of the World Cup in Russia. Ghana had failed to qualify for the tournament.

But the Black Stars captured fans across Africa during a thrilling run to the quarter-finals at the 2010 World Cup in South Africa.