Will Congo be the next fashion capital in Africa?

Cultural diversity in fashion, the theme of a recent fashion event in Pointe Noire, the Republic of Congo during the fifth edition of Carousel de la mode.

Fashion designers from the country as well as from the neighbouring DR Congo, Angola and Cote d’Ivoire were in attendance to display the most outstanding pieces of their collection.

Adriana Talansi for example has represented her country in fashion events far beyond the continent with her recent one being the 2017 edition of the African Fashion Week in London.

“I think in fashion, we inspire most of the big fashion designers in the world. I think its time for us to rise,“she said.

The different designs were absolutely amazing original creations but the highlight of this night of fashion was Reda Fawaz‘s creations, whose designs had quite an impact on the audience.

He is known for his haute couture fashion which has earned him design outfits for celebrities like Cote d’Ivoire’s renowned music artist Serge Beynaud.

Event organisers believe the event was a success and are now aiming to make Congo the capital of fashion in Africa.

“Pointe-Noire will become the capital of African fashion, and that is my goal. My other objective is to have more support for young fashion designers and models before they are given opportunities to go out to other countries,” said Pascaline Kabré, the event organiser.

These fashion designers are without a doubt contributing to history of developing African fashion.

They however continue to urge Africans to be proud of locally made outfits before promoting designers outside the continent. 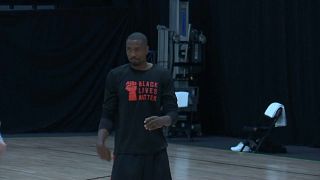 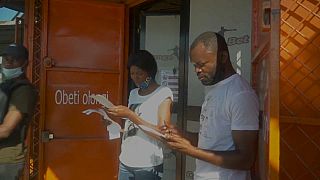 Congolese women take up betting to cope with pandemic

Congolese women take up betting to cope with pandemic