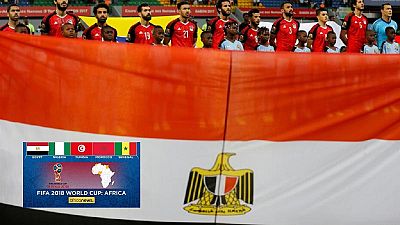 For a football crazy nation as Egypt, it is surprising that the national team has made it to only three World Cups in the history of the tournament.

As if that was not enough, here is a country that has dominated the continent in the area of AFCON trophies and inter-club competitions.

The Pharaohs are drawn in Group A of the tournament along with hosts, Russia, South Americans Uruguay and Gulf nation of Saudi Arabia.

Below the full group fixtures of the team

Coach Cuper is on record to have said, getting into the knock out stage is the target for his team. That has more often than not been the target for most African sides at the tournament.

Africa will be looking to go at least a step further that the quarter-final limit – the furthest an African team has gone. Will the Pharaohs be the team to make continental history at the global showpiece? Time – only time will tell.