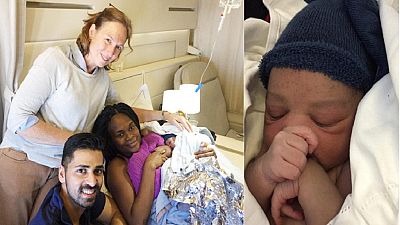 A Nigeria woman gave birth on board a flight after she went into labour a week earlier than her delivery date.

Toyin Ogundipe delivered her son, Jake, in mid-air about 35,000 feet above sea level. The 41-year-old and her daughter, 4, were aboard an Air France flight heading to New York.

She is a banker resident in the United Kingdom and was making the trip from the French capital, Paris, to New York in December last year.

They did everything a doctor or midwife would have done if I was in the labor room in the hospital. Even better, if you ask me.

It took the intervention of two “medical passengers” to rescue the situation. A second-year urology resident, Dr. Sij Hemal and a French paediatrician, Stefanie Ortolan.

The pair were ushered into a coach where Ogundipe was, at the time she was having a series of contractions. The U.K. Mailonline who carried the story said the doctors conducted necessary tests and decided to monitor her situation.

Dr. Hemal said a cervix exam enabled them to know that they were going to deliver the child in the air. “My initial plan was to monitor her and her vitals, but we did a cervical exam and that’s when her water broke.

“That’s when we knew we were going to deliver on the plane,” he added. The doctor said he used a shoestring to tie Jake’s umbilical cord after delivery.

Ogundipe and her son – who holds U.S. citizenship, because he was born in U.S. airspace – were checked into a nearby hospital when they arrived in New York but they were discharged same day.

“I was relaxed because I knew I was in safe hands,” Ogundipe said in a later interview. “They did everything a doctor or midwife would have done if I was in the labor room in the hospital. Even better, if you ask me.” 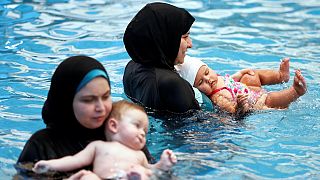 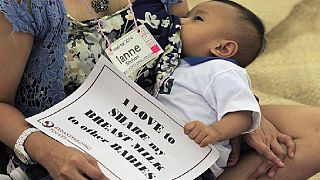 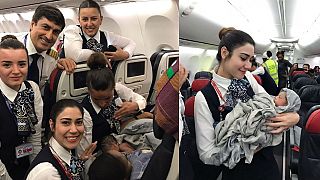