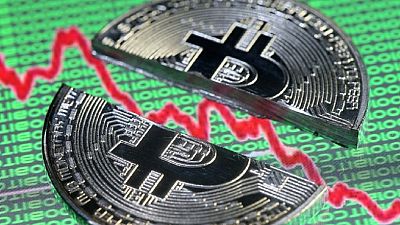 <p><strong>The Grand Mufti of Egypt has explicitly prohibited trading in Bitcoin, explaining that it is forbidden in Islamic Shari for the risks it holds, and its been used to fund terrorists.</strong></p> <p>The mufti’s counselor issued a Fatwa (Islamic ruling) that the virtual currency should not be used to make financial transactions because it has no monetary cover by the Central Bank of Egypt (<span class="caps">CBE</span>), which means it is not guaranteed. </p> <p>“This currency is used directly to fund terrorists,” Dr. Magdy Ashour told Egypt Today, explaining that its transactions contain major damage to the economy. “It has no set rules, which is considered as a contract annulment in Islam, that is why it is forbidden,” the counselor added. </p> <p>Shawki Ibrahim Abdel-Karim Allam, the Grand Mufti said Muslims were not permitted to sell, buy or rent using <a href="https://www.bigfreebet.com/bitcoin-casino-offers" target="_blank">bitcoins</a><br /> , since they risked being defrauded, and its high risk volatility could cause harm to individuals and nations.</p> <p>Mufti Allam remarked that Bitcoin is a virtual currency, not backed by any tangible asset, and can be issued without any control and without relying on any centralized authority, adding that it does not undergo any surveillance, as it depends on internet trading without any control. He indicated the risks that could arise as a result of this lack of surveillance. </p> <p>“It is not the first of its kind in the currency exchange market; there are many other digital currencies known as crypto currency,” Allam stated. </p> <p>He stressed that he met with economic experts to reach a final decision regarding the Bitcoin by analyzing its effect on the economy, referring that the meeting has concluded that: </p> <p>1-A deep study on Bitcoin and other digital currencies in the exchange market is needed to control it. </p> <p>2-Exchange markets of these kinds of currencies are very risky, as it is difficult to predict prices and value due to its extreme volatility and fluctuations. In addition, brokers could benefit from these fluctuations to attract investors to use these currencies. This leads to weakening a country’s ability to preserve its local currency and control the currency exchange. It also negatively affects the financial policy and the expected fiscal revenues of states, and it opens the door for tax evasion. </p> <p>3-Selling and paying Bitcoin requires encryption techniques to regulate the generation of units and verify the transfer of funds, making it necessary to produce backups to sniff out online piracy and to maintain it from theft or damage through the infection of serious viruses, making them unavailable to be circulated among the public easily. </p> <p>4-It is not recommended to be used as a safe investment as it deals on the basis of speculation, aiming to achieve extraordinary profits by selling or purchasing, making it extremely volatile, and face piracy. </p> <p>5-Unlike bonds and equities, problems that occur will be the complete responsibility of the miner, or the person who owns the currency, which may lead to them losing their whole capital. </p> <p>6-Bitcoins undermine the legal system, as companies can evade taxes and not disclose their profits due to the fact that Bitcoins are untraceable. Furthermore, companies turn their attention to crypto currencies as it allows them to launder money or finance terrorist activities and engage in other fraudulent behaviors. </p> <p>The Mufti then concluded that since the terms required for any money circulation are not available in Bitcoin as it does not have a physical form and it leads to fraud in its banks and value, it is forbidden in Islamic Sharia as it leads to more corruption.</p>

This currency is used directly to fund terrorists. It has no set rules, which is considered as a contract annulment in Islam, that is why it is forbidden