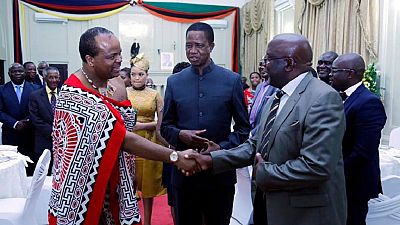 Swaziland’s King Mswati III has paid a visit to Zambia with his 13th wife Inkhosikati Lafogiyane whom he married in 2014 after customarily picking her at the annual Umhlanga or Reed Dance ceremony.

His visit to Zambia with the former beauty pageant finalist comes two months after picking his 14th wife – 19-year-old Siphele Mashwama – from the about 40,000 maidens who danced for him during the traditional chastity rite.

The latest wife and daughter of Swaziland’s cabinet minister, Jabulile Mashwama, travelled with him to the 72nd United Nations General Assembly held in New York recently.

Zambia’s President Edgar Lungu was King Mswati’s guest at the 2017 Reed Dance ceremony where he donned traditional Swazi outfit and joined the King and his regiment of Swazi men during the kudlalisela session which is a procession around the dancing arena to appreciate the maidens. 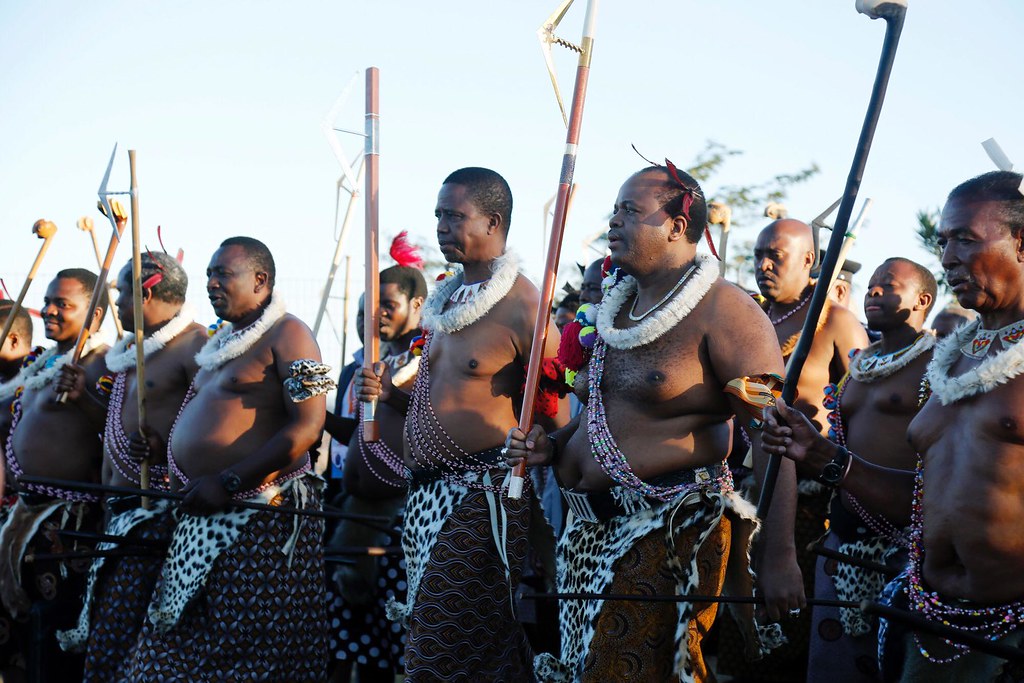 Lungu returned the gesture by welcoming the King and his 13th wife at the Kenneth Kaunda International Airport in Lusaka over the weekend.

The King, wielding a cane, was dressed in his usual colourful traditional wrapper tied over his right shoulder, a brown embroidered wrapper around his waist and sandals for the private trip aimed at strengthening bilateral relations between the two countries.

His 13th wife was rather dressed in an embroidered yellow gold dress at knee length with a fascinator hat to match her gold stiletto heel, gold clutch purse and choker necklace complimented by dangling pearl and diamond earrings.

The sight of King Mswati close to her is probably the only thing that makes her look like a key figure in an African monarchy. 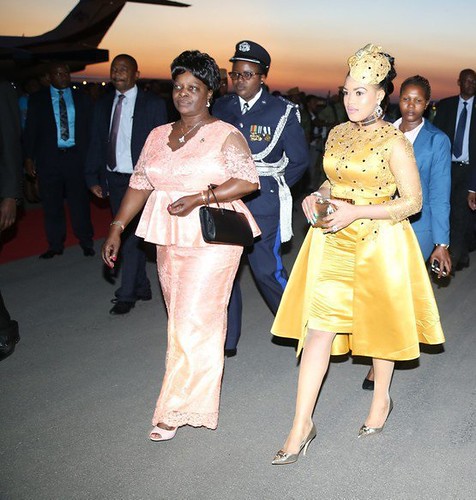 King Mswati III is Africa’s only surviving absolute monarch who succeeded his father King Sobhuza II who had ruled Swaziland from 1921 to his death in 1982.

King Mswati III became the Crown Prince in 1983 and then in 1986 he was crowned King at the age of 18. He has divorced three wives and has over 30 children.

I welcomed King Mswati III to Zambia. His working trip is aimed at strengthening the bilateral relations between our two countries. #SADC pic.twitter.com/fLL9HhS17Q