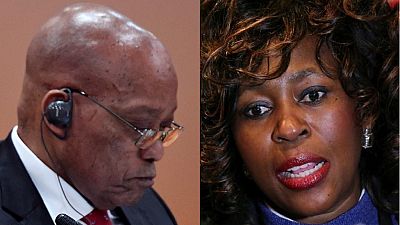 A Member of Parliament on the ticket of the ruling African National Congress (ANC) is to be given police protection following threats on her life after she slammed the government and tagged President Zuma as ‘dishonourable and disgraceful.’

47-year-old Makhosi Khoza, joined a growing list of ANC officials who are calling for the embattled president of South Africa and ANC leader to step down even before December this year when his successor is to be elected.

Khoza chose Nelson Mandela’s birthday to denounce Zuma as an insult to the memory of democratic South Africa’s founding father. Parliament said in a statement that a security assessment confirmed that death threats had been directed towards her.

I am here to defend the ANC mission, and not a dishonourable and disgraceful leader.

“I am here to defend the ANC mission, and not a dishonourable and disgraceful leader,” Khoza told a conference of civil society groups, unions and business leaders pushing for Zuma’s removal in a no-confidence vote next month on the occasion of Mandela Day (June 18, 2017).

An ANC backbencher branded South African President Jacob Zuma a disgrace on Tuesday, adding one of his own MPs to the long list of detractors of all colours and political stripes who want an end to his
In a breach of party discipline that reveals the depth of anger within the African National Congress (ANC),, a strident 47-year-old Zulu academic,

Zuma’s eight-years in charge of one of Africa’s most advanced economies have been scandal-plagued. From multiple corruption charges and influence peddling with the wealthy and influential Gupta family to a split in the ruling party ahead of 2019 general elections.

Both Zuma and the Guptas have repeatedly denied any wrongdoing. There is also no evidence linking Zuma to the death threats. The ANC choses Zuma’s replacement in December with the main contenders being deputy president, Cyril Ramaphosa, and former African Union chair, Nkosazana Dlamini-Zuma. 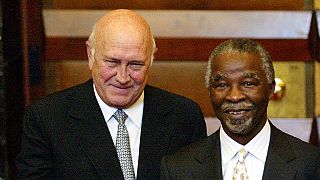 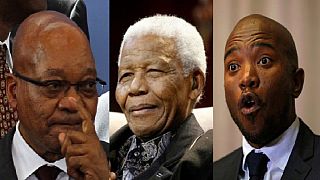