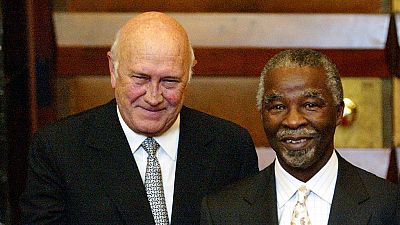 Three former South African presidents and a vice president have joined a national dialogue event in Johannesburg on Friday to discuss the political and economic crises facing the country.

The last South African head of state under the apartheid era, F.W. de Klerk called for a national discussion on how to tackle corruption and ensure a radical economic transformation.

He also suggested a political change including the redirection of parliament’s role from serving parties to serving the people.

Former President Mbeki said the people have expressed concern in the past three years and it is critical to have a national dialogue to discuss the problems.

#NationalDialogue Mbeki says millions in SA have been engaging each other about the state of the country, for years… every segment

This was corroborated by former President Motlanthe who said the country’s democracy is under a critical condition and needs enhancement.

Former Deputy President Phumzile Mlambo-Ngcuka, on his part, called for inclusion in dealing with the problems devoid of racism and xenophobia.

The opposition Economic Freedom Fighters (EFF) led by firebrand Julius Malema has condemned the participation of De Klerk who he accused of “presiding over the mass murder of blacks during apartheid.”

Malema: De Klerk can never find solutions to democratic South Africa because he presided over the mass murder of blacks during apartheid

Malema: by recognizing De Klerk, Mbeki & Motlanthe make a mistake that will lead to white racists thinking they still have a place in SA.

The dialogue follows a High Court ruling that orders President Jacob Zuma to provide documents explaining the reason for his March 30 cabinet reshuffle that created a lot of furore.

This ruling was as a result of a legal action filed in April by the opposition Democratic Alliance (DA) party against the reshuffle that saw five ministers lose their jobs including former Finance Minister Pravin Gordhan.

Gordhan’s sack was linked to an intelligence report that accused him and his sacked deputy Mcebisi Jonas of conspiring to undermine the country at an investor roadshow in London.

The country’s credit rating dropped as a result of the cabinet reshuffle and a series of demonstrations were held against Zuma’s actions.

Zuma has faced several no-confidence motions which he survived due to the commanding majority of his party, the African National Congress (ANC) in parliament.

The ANC has always backed Jacob Zuma despite the scandals and criticism levelled against him. 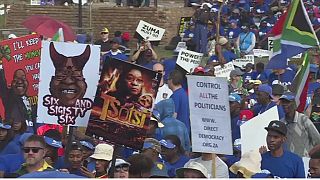 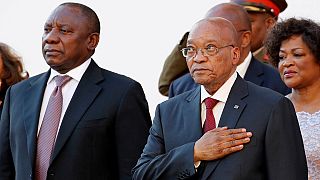 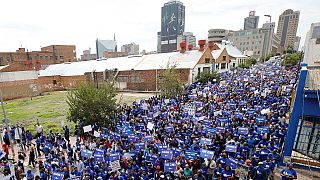