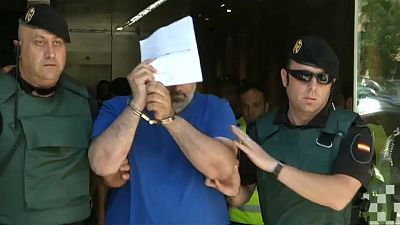 Twenty-four people have been arrested in a Europe-wide operation targeting the Neapolitan mafia, Spanish police say.

The alleged members of the Camorra were detained on charges of drug trafficking and money laundering.

A spokesperson for the Spanish Civil Guard said 14 arrests were made in Spain, eight in Italy and two in Germany.

In addition to the round-up, searches are being carried out in Barcelona, north-eastern Spain. Police claim the mafia used gambling dens, car rental companies and gold buying and selling shops to launder money from drug trafficking.