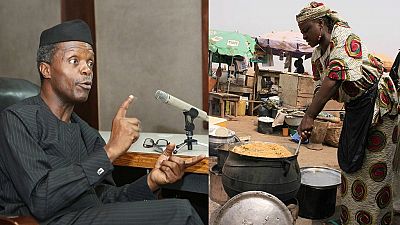 The Jollof rice war has reached the presidential level with Nigerian Vice President Yemi Osinbajo coming out to defend his country as having the best of the West African delicacy.

His assertion over the weekend was in reaction to Information Minister Lai Mohammed’s internationally televised assumption that Senegal makes the best Jollof rice.

What was Lai Mohammed thinking about? pic.twitter.com/aqi7oFRnb9

Lai Mohammed’s words were described as treasonous by Nigerians on social media who attacked him for betraying them in a decade-old battle with Ghana over who has the best Jollof rice.

After going to war with Ghana over this jollof. Lai Mohammed whyyyy pic.twitter.com/e9xu9omxmD

“We all know that Nigerian Jollof rice is the best! We beat the Ghanaians and the Senegalese hands down,” Vice President Yemi Osibanjo came to the rescue of Mohammed who was believed to have misunderstood the question.

To be clear. The Minister misheard he thought I asked, who first created jollof rice – hence his (correct) answer Senegal.

Osibanjo went further to spearhead the Nigerian pride by citing the country’s achievements worldwide including the recent victory of British-Nigerian boxer and heavyweight champion Anthony Joshua.

“We have everything, and our people are doing incredibly innovative things. For example, we are at the moment developing the most sophisticated animation technology in Africa.

“Our music and entertainment industry is the fastest growing in the world. Nigerians have won every prize in literature, from the Noble prize to the Pulitzer.

“Last year Oluyinka Olutoye, a Nigerian surgeon successfully took out a baby from her mother’s womb, operated on the womb, and put the baby back in, and the baby was carried full term and was born naturally — a feat previously unheard of.

“We are the most innovative entrepreneurs. The other day someone showed me a text; the young man had invited him to a book launch titled: Seven Steps to Becoming a Professional Whistleblower,” he said at a church event on the theme: Nigeria Recovering from Economic Recession.


What is Jollof rice?

Jollof rice is a common dish in West Africa that derived its name from the Wolof people of Senegal, hence its undebatable Senegalese origin.

Among the countries that consume this dish are Senegal, Gambia, Nigeria, Sierra Leone, Liberia, Togo, Cameroon, Mali and Ghana.

However, two countries – Ghana and Nigeria – have adopted the dish as not only a cultural delicacy, but a subject of contention as to who prepares it best.

So that was how Nigerians lost the Jollof Rice?? battle to Senegal who weren't even in the contest . Mr Lai Mohammed, weldone sir pic.twitter.com/9iElj0SRU5

The reddish one-pot dish is prepared with rice and tomoato sauce with alternative ingredients that slightly vary by country.


Watch the video below to see how Jollof rice is prepared. 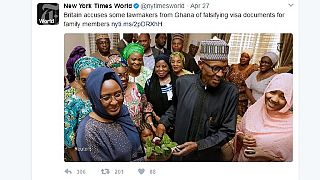 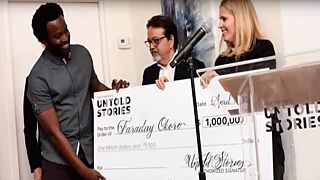 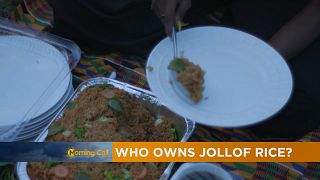 Who owns the Jollof rice? [The Morning Call]

Who owns the Jollof rice? [The Morning Call]