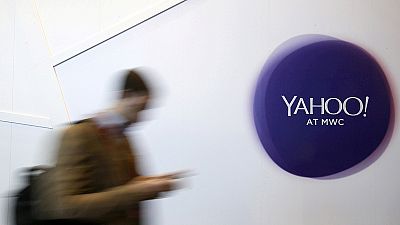 Yahoo has admitted yet another cyber attack but this time one billion user accounts may have been affected.
The hack dates back to 2013 and the scale makes it the largest breach in history.

The internet giant says names, phone numbers, passwords and email addresses were stolen, but not bank and payment data.

Last September Yahoo disclosed a 2014 breach affecting 500 million users which it blamed on hackers working on behalf of a government.

IT HAPPENED AGAIN: Yahoo says a billion user accounts were stolen in possibly the biggest hack of all time https://t.co/qLZ5EUWyTO

The news is a further blow to CEO Marissa Mayer who joined Yahoo in 2012 charged with bringing the company into the smartphone era. However experts say this second breach points to a pattern of serious failures.

Mayer is currently negotiating the sale of Yahoo’s core business to Verizon Communications.

Following the 2014 attack Verizon allegedly devalued Yahoo by one billion dollars. This latest disclosure raises fresh questions about its $4.8bn offer and whether the US mobile carrier will abandon its bid altogether.