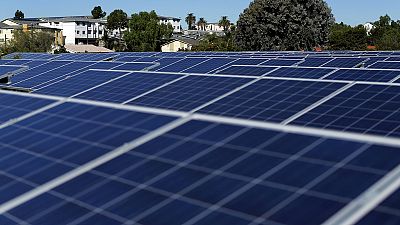 With support from World Bank’s Scaling Solar programme, Zambia will get an additional 73MW low-cost solar power to be generated next year to boost the national grid.

The International Finance Corporation (IFC), a member of the World Bank Group, which run the tender said Zambia’s Industrial Development Corporation (IDC) will get to add clean and affordable power capacity to its hydropower facilities.

These are the lowest solar power tariffs seen to date in Africa ... a game changer for Zambia and other countries in the region facing electricity shortages.

“These are the lowest solar power tariffs seen to date in Africa, and among the lowest prices for solar power anywhere in the world – a game changer for Zambia and other countries in the region facing electricity shortages,” IFC’s Chief Executive Officer and Executive Vice President, Philippe Le Houerou said.

The Scaling Solar programme helps governments run a competitive auction for solar power, and to reduce risks for solar power developers in a new market.

Only one-fifth of Zambia’s population has access to electricity due to its crippled hydropower facilities as a results of a two-year drought.

The project is expected to save the country millions of dollars compared to oil-based power.