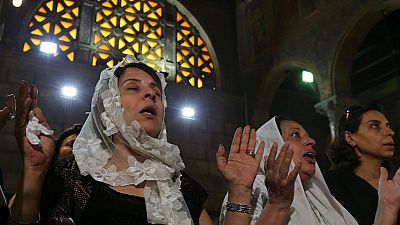 Amr Lotfy was scheduled to be on the ill-fated EgyptAir flight MS804, which crashed last Thursday.

A last minute ticket change however saved his life.

Although he had a confirmed ticket to return to Cairo from Paris on Wednesday night, Amr Lotfy said, for no significant reason, he decided to return home a day earlier.

Amr, who considers his escape a sign from God, decided to offer a sacrifice, and distribute meat to the poor which in Islam is a sign of gratefulness.

“For an entire day, I couldn’t believe it, that the plane has crashed. I couldn’t believe what I was seeing. I thought I was dreaming. I rushed to get the ticket, I opened the TV to see the news and I realized it was indeed the plane I should have been on. At that moment I felt that this whole life is only a moment,” said the lucky man.

Amr now believes his survival is a turning point in his life and the sacrifice is just the first page of his new life.

A life through which he plans to appreciate what he has, like his wife’s culinary skills which he brags about and a chance to become a better man.