Morocco head coach Walid Regragui said on Tuesday that 'The Atlas Lions' have not made the last four at Qatar 2022 by accident and that they intend to go all the way to the final when they take on reigning champions France at the Al Bayt Stadium in Al Khor on Wednesday.

"You might think I'm crazy, but we want to get to the final of the World Cup," he said. "We aren't satisfied with reaching the semi-final and of being the first African team to do that. We are ready to give everything to pull off an upset, as we did against Belgium, Croatia, Spain and Portugal."

47-year-old Regragui, who only took over the lead coaching role with the national side in August, is under no illusions about the task ahead, facing the likes of Kylian Mbappe and Antoine Greizmann, but is equally certain that Morocco have a great chance in the game.

"We're facing the best team in the world," he said. " But this is a cup match after all. It's a knockout game. And when you have desire, commitment and the support of your crowd, then you can win it."////

Morocco's Ilias Chair may have talked his way into Walid Regragui's starting XI for Wednesday's World Cup semi-final against France after delivering a generous tribute to the head coach at their eve-of-game press conference.

The 25-year-old midfielder has been an unused substitute so far in 'The Atlas Lions'' fantastic run at Qatar 2022, but may be an early candidate for any 'golden tongue' award after raising his chances of getting onto the pitch considerably.

"I think he is the best possible man to take us as far as possible." Chair said. "He teaches us a lot of things outside of football. We all wish him the best because he truly deserves the best."

The man in charge appeared to be impressed.

"Wow! I think tomorrow he plays," Regragui said, as the pair laughed together. 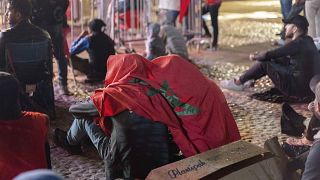 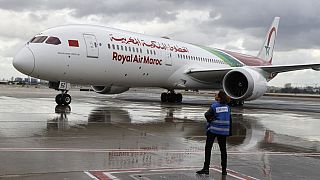