Protesters set fire to UN vehicles in Goma on Tuesday night, protesting against the presence of the United Nations Mission in the Democratic Republic of Congo (MONUSCO).

The blazes started after rumours about the UN allegedly transporting rebels from the M23 group had spread among displaced people and residents in the city.

Earlier on Tuesday, MONUSCO announced a "strategic and tactical withdrawal" from embattled Rumangabo, where the M23 is trying to advance.

The mission posted on Twitter that the decision was taken "in consultation with our partners, to better prepare the next steps together."

It added that "MONUSCO remains mobilised alongside the FARDC (DRC Armed Forces)."

The situation in the country's east has worsened in recent months, and on Saturday, rebels seized control of two major towns and doubled the territory they hold after fierce fighting with the military.

The M23 rose to prominence more than a decade ago when its fighters seized Goma, the largest city in Congo's east, which sits along the border with Rwanda.

After a peace deal, many of the M23′s fighters were integrated into the national military.

Then the group re-emerged last November, saying the government had failed to live up to its decade-long promises.

By June, they had seized the strategic town of Bunagana near the border with Uganda.

Nearly 200,000 people already had been displaced over the past year even before the latest surge in violence, which is now blamed for forcing at least 40,000 people to flee in a week. 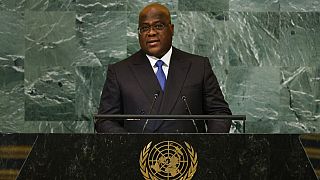 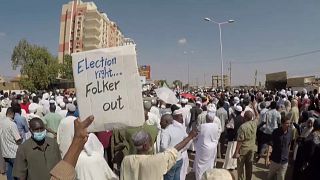