Voters in the Republic of Congo were voting Sunday to choose 50 candidates in 25 constituencies in the second round of legislative elections. Opposition groups in the country, which is also known as Congo-Brazzaville, had denounced the results of the first round as fraudulent.

The Congolese Labour Party (PCT) of President Denis Sassou Nguesso won the first round of voting on July 10, taking 102 of the 151 seats in the national assembly. It still has 14 candidates in a run-off vote.

The PCT is followed by the Pan-African Union for Social Democracy (UPADS), the main opposition force, which has four deputies and four of its candidates are in the run-off.

The Union of Humanist Democrats (UDH-Yuki) of the late opposition leader Guy-Brice Parfait Kolelas was able to get three candidates elected in the first round and seven others are competing this Sunday.

At the Alphonse Massamba-Debat primary school with 18 voting booths, the first voter was registered at 7:31 am (0631 GMT).

"It's going well, calmly. I have asked my colleagues that the vote should take place calmly, transparently and with vigilance," Brunelle Bodo, the head of one polling station, told AFP.

But in the morning, some logistical challenges were reported. By 7:45 am the three polling stations at the primary school in Moukondo, in the fourth district, had not yet opened. No list had yet been posted at the polling station, where election officials and police were waiting for the arrival of its supervisor. Henri Bouka, head of the electoral commission, urged the candidates and their supporters to remain calm. "All forms of violence are excluded, verbally or by gesture," he said.

The date for the release of the results has not yet been set. 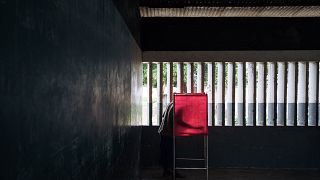 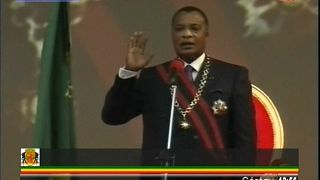 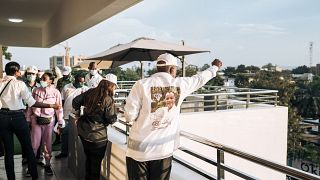